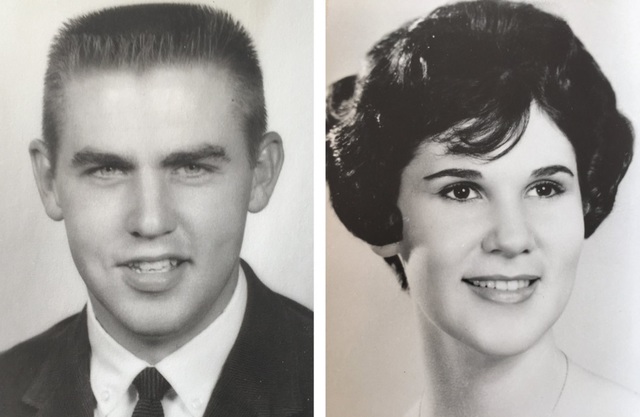 Elder Holland took advantage of the popular hashtag #throwbackthursday to reminisce about his life as a young husband. He shared a story of when everything in his life felt overwhelming.

As newlyweds, he and Patricia were struggling to get through school, and Elder Holland began wondering if all of the sacrifice would pay off. That's when Sister Holland told him something unforgettable: "The future holds everything for us.”

Read the full story below:

I remember one fall day—I think it was in the first semester after our marriage in 1963—we were walking together up the hill past the Maeser Building on the sidewalk that led between the president’s home and the Brimhall Building on the BYU campus.

Somewhere on that path we stopped and wondered what we had gotten ourselves into. Life that day seemed so overwhelming, and the undergraduate plus graduate years that we still anticipated before us seemed monumental, nearly insurmountable. Our love for each other and our commitment to the gospel were strong, but most of all the other temporal things around us seemed particularly ominous.

On a spot that I could probably still mark for you today, I turned to Pat and said something like this: “Honey, should we give up? I can get a good job and carve out a good living for us. I can do some things. I’ll be okay without a degree. Should we stop trying to tackle what right now seems so difficult to face?”

In my best reenactment of Lot’s wife, I said, in effect, “Let’s go back. Let’s go home. The future holds nothing for us.”

Then my beloved little bride did what she has done for more than 52 years since then. She grabbed me by the lapels and said, “We are not going back. We are not going home. The future holds everything for us.”

She stood there in the sunlight that day and gave me a real talk. I don’t recall that she quoted Paul, but there was certainly plenty in her voice that said she was committed to setting aside all that was past in order to “press toward the mark” and seize the prize of God that lay yet ahead. It was a living demonstration of faith. It was “the substance of things hoped for, the evidence of things not seen” (Hebrews 11:1). So we laughed, kept walking, and finished up sharing a root beer—one glass, two straws—at the then newly constructed Wilkinson Center.

Remember, my dear young friends, the future holds everything for you. Be faithful. Believe. The Lord will bless you. #tbt

I remember one fall day—I think it was in the first semester after our marriage in 1963—we were walking together up the...Posted by Jeffrey R Holland on Thursday, March 3, 2016