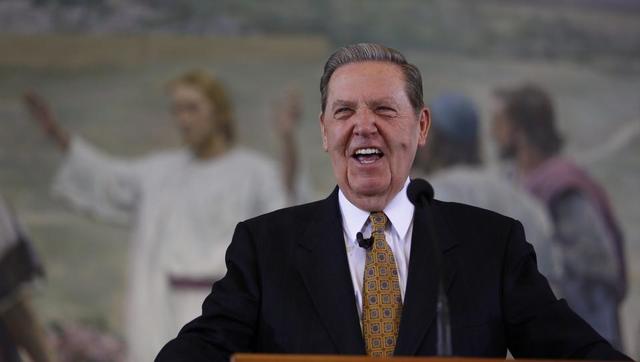 Many of us have heard the story of the Nativity so many times we can repeat it from memory. And while the scriptures carry meaning no matter how many times we hear them, occasionally new insights or a change in focus can bring new depth and meaning to this simple and beautiful story. Here are a few such insights from Elder Jeffrey R. Holland (then serving as the commissioner of the Church Educational System) that might change how you think of Mary, Joseph, and Jesus. This article was originally published in the December 1977 issue of the Ensign.

There are so many lessons to be learned from the sacred account of Christ’s birth that we always hesitate to emphasize one at the expense of all the others. Forgive me while I do just that in the time we have together here.

One impression which has persisted with me recently is that this is a story—in profound paradox with our own times—that this is a story of intense poverty. I wonder if Luke did not have some special meaning when he wrote not “there was no room in the inn” but specifically that “there was no room for them in the inn.” (Luke 2:7; italics added.) We cannot be certain, but it is my guess that money could talk in those days as well as in our own. I think if Joseph and Mary had been people of influence or means, they would have found lodging even at that busy time of year.

I have wondered if the Inspired Version also was suggesting they did not know the “right people” in saying, “There was none to give room for them in the inns.” (JST, Luke 2:7.)

We cannot be certain what the historian intended, but we do know these two were desperately poor. At the purification offering which the parents made after the child’s birth, a turtledove was substituted for the required lamb, a substitution the Lord had allowed in the Law of Moses to ease the burden of the truly impoverished. (See Lev. 12:8.)

The wise men did come later bearing gifts, adding some splendor and wealth to this occasion, but it is important to note that they came from a distance, probably Persia, a trip of several hundred miles at the very least.