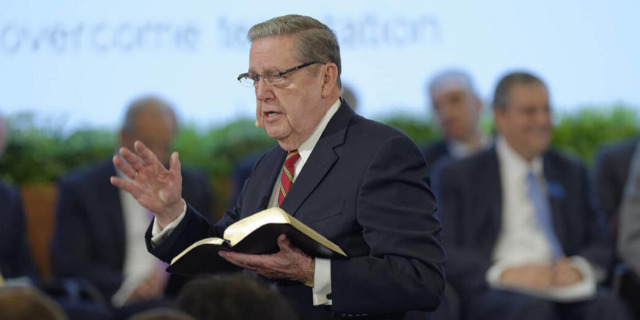 Eric Hawkins, spokesperson for The Church of Jesus Christ of Latter-day Saints, released the following statement today about the health of Elder Jeffrey R. Holland:

"Elder Jeffrey R. Holland, who was hospitalized for brief observation, has been released from the hospital. He is returning to normal activities. He and his family appreciate the prayers and concern on his behalf."

The original statement from Eric Hawkins about Elder Holland's hospitalization, found below, was posted June 17, 2020:

"Elder Jeffrey R. Holland of the Quorum of the Twelve Apostles was admitted to the hospital last week following several days of illness. He has been tested and does not have COVID-19. Other diagnostic studies are being done."