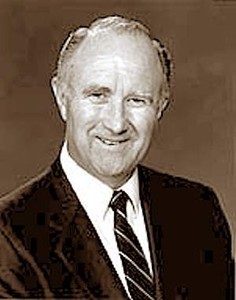 Elder Max Caldwell of the Seventy passes away

Elder C. Max Caldwell, a former member of the Seventy, passed away at his home in Lehi, Utah, on June 19 at the age of 78.

Known as a man who lived by his motto, "Be true in all things," Elder Caldwell spent his life serving in different callings and capacities in the Church.

He was called to serve in the Second Quorum of the Seventy in 1992, and fulfilled various assignments until his release in 1997. Some of those assignments included serving in area presidencies in the North America West, Philippines/Micronesia and Europe areas of the Church. He also served as assistant executive director of the Family History and Audiovisual departments of the Church.