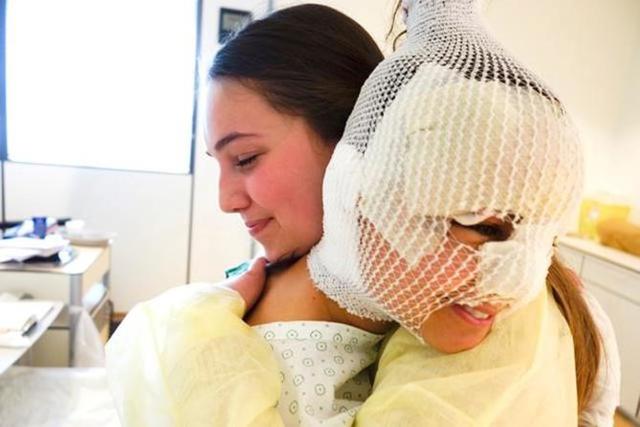 After the suicide bombs in the Brussels airport shredded his body with shrapnel and burned his skin, Elder Richard Norby, a 66-year-old Mormon missionary from Lehi, Utah, managed to call his wife.

He was lucid as he told her about the explosions and that he had a broken leg and burns on his face. "I wasn’t totally composed," Sister Pamela Norby told NBC News on Saturday.

She asked him if he was able to see the three missionaries who had gone with him to the airport so one could catch a flight. When he said no, her heart dropped. "I just needed to know where those young missionaries were because we love them and they're part of our family."

Then the phone went dead. The next time she saw him, he was in a medically induced coma. Doctors brought him out of the coma Saturday night.

Lead image from Deseret News of Sister Haylie VanDenBerghe, left, hugging Sister Fanny Rachel Clain, in a Belgian hospital. The two women are former companions in the France Paris Mission of the LDS Church. Sister Clain, who is French, was at the Brussels airport to catch her flight to her missionary assignment in Ohio when terrorists bombs exploded and wounded her on Tuesday. (LDS Church)