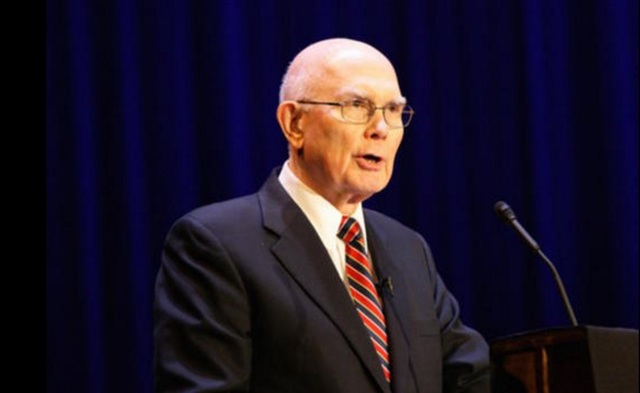 Elder Oaks to British Parliament: "We Demand a Place in the Public Square"

"We demand as a matter of constitutional right a place in the public square," Elder Dallin H. Oaks told members of the British Parliament at Westminster Palace in London on Wednesday as part of a panel to discuss religious freedom in foreign policy.

Elder Dallin H. Oaks of the Quorum of the Twelve Apostles told members of the British Parliament in London on Wednesday that religious freedom allows the LDS Church and other faiths to do good around the world.

Elder Oaks spoke in the House of Lords at the Palace of Westminster nearly a year to the day after Elder Jeffrey R. Holland became the first leader of The Church of Jesus Christ of Latter-day Saints to address a gathering in the Houses of Parliament.

"We want the blessings of religious freedom to be claimed by all the inhabitants of this planet, and we are far short of that at present," Elder Oaks said during a panel discussion before the All Party Parliamentary Group for International Freedom of Religion or Belief.