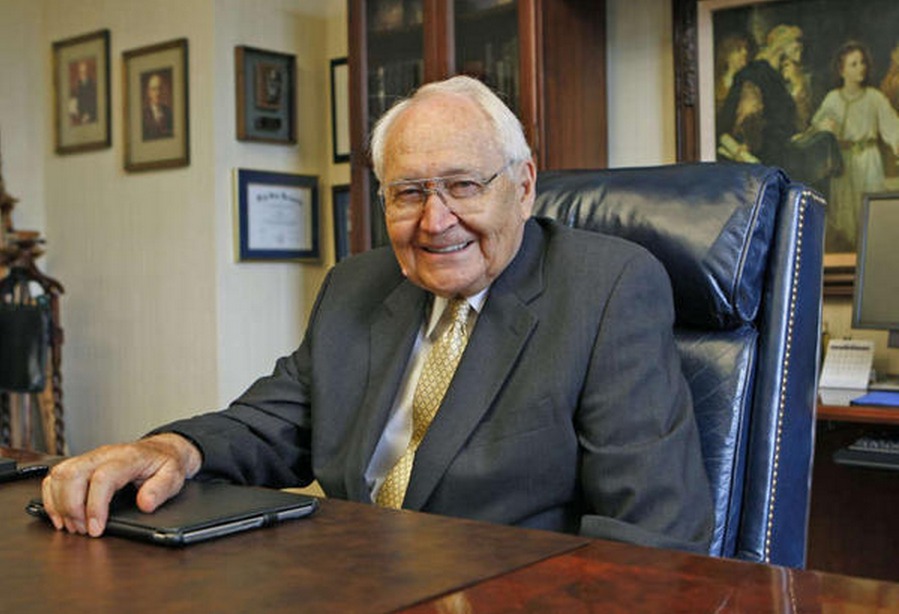 The "wildfire" cancer that took Elder L. Tom Perry's life on Saturday shocked his family, but he met the terminal diagnosis with customary acceptance of the Lord's will, his son said Sunday.

Elder Perry, who was 92, died within 40 days of being diagnosed with rare anaplastic thyroid cancer. The invasive cancer ripped through his body with such speed it also stunned members of The Church of Jesus Christ of Latter-day Saints, who revered Elder Perry as an apostle of Jesus Christ.

Elder Perry tried to maintain his duties as a member of the faith's Quorum of the Twelve Apostles until last week, said his son, Lee Perry, who was his biographer and is the dean of BYU's Marriott School of Management.

"It was only on Tuesday that he realized it was too much and that he couldn't do it any more, so he did the appropriate things," Perry said. "Elder (Russell M.) Nelson was traveling, so he talked to Elder (Dallin H.) Oaks and Elder (M. Russell) Ballard and explained the situation. He had a last few instructions, but he said he had the sense his mission was done and that they should move forward without him."