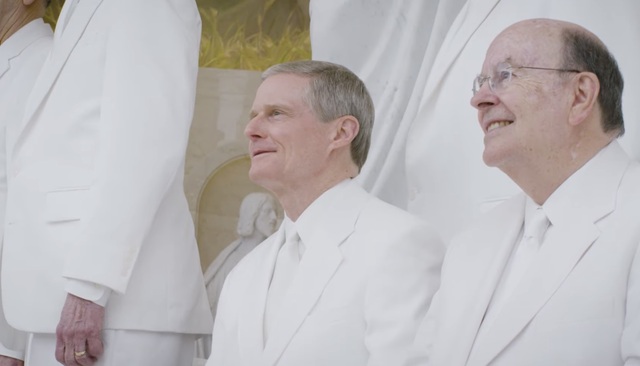 Elder Quentin L. Cook talks recognition of the potential for new technologies to bless lives and aid in sharing the gospel

In 1935, speaking to a BYU assembly, President David O. McKay prophesied that we would "improve the means of communications until, with radio in our pockets, we may communicate with friends and loved ones from any point, at any given moment." In 1974, President Spencer W. Kimball said, “The Lord is anxious to put into our hands inventions of which we laymen have hardly had a glimpse.” This week in a podcast with Church News, Elder Quentin L. Cook said of new technologies, we now have to “learn how to use them and we’ve got to use them so they’ll bless people.” Elder Cook believes recognizing the potential uses of technology was just one blessing that has come out of a very difficult time over the last year.

Elder Cook provided the example of some concerns in the past about how the organizations can reach more people. But with Zoom capabilities, people can be reached in ways they couldn’t be when everything was done by travel.

“I think across the board…we’re going to find that there’ll be blessings from it,” Elder Cook said. Then he was sure to add, “Now, we’ve lost lives and people’s lives have been impacted and their business so I don’t want to sound Pollyannaish when I’m saying that. I know how terrible it’s been and how some of those that we love so dearly have been so adversely affected, but I think we will learn things and we have learned things that will greatly bless us in the future.”

Listen to the full podcast here.