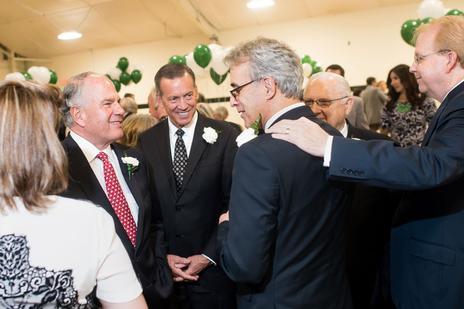 BUENA VISTA, Virginia — The first LDS apostle to speak officially at Southern Virginia University honored SVU's pioneers on behalf of Church leaders and praised the independent school's president at his inauguration on Friday.

Energy rippled across the campus with the historic visit of Elder Ronald A. Rasband, a member of the Quorum of the Twelve Apostles of The Church of Jesus Christ of Latter-day Saints. The inauguration marked the first time the faith's First Presidency has assigned a member of the Twelve to visit SVU, which though independent from the Church is guided by its values.

Elder Rasband made impromptu visits to eight classes in the morning, and students excitedly shared stories about meeting him. In the afternoon, buses waited for the SVU football and women's soccer teams, who delayed trips to away games to join the inauguration at 2 p.m. The cross country teams skipped their meet so they could participate.