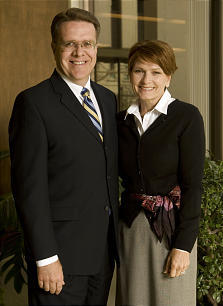 Making the right decisions in life is what Elder Scott D. Whiting believes helped prepare him later to serve the Lord in various capacities.

Born in April of 1961 to Duane and Beverly Whiting, he grew up in Salt Lake City, Utah, the second of six children.

"We were and still are a very close family that enjoyed many family activities together," said Elder Whiting, who was sustained, March 31, during the 182nd Annual General Conference, as a member of the First Quorum of the Seventy.