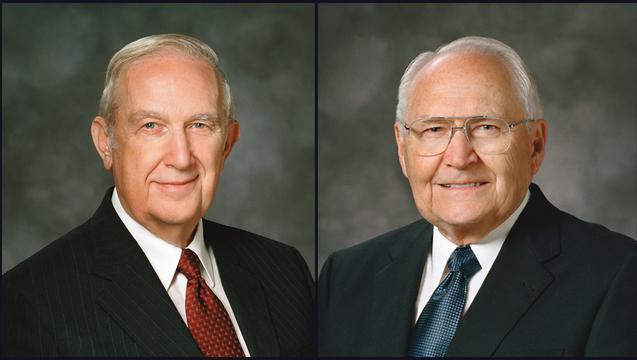 Last Friday Elder Richard G. Scott, age 86, was hospitalized for gastrointestinal bleeding. After the bleeding was brought under control, the Church reported he was "resting comfortably."

Word also came that Elder L. Tom Perry, who was diagnosed with thyroid cancer last week after being taking to the hospital with breathing difficulties, is also resting at home. However, the Church statement said, "He is receiving General Authority visitors and conducting Church business. The 92-year-old apostle continues to receive medical care."

The Church has expressed that both men "are grateful for the prayers and kindnesses expressed on their behalf."

-->Releated Reading: Why anyone who says the apostles are too old is wrong