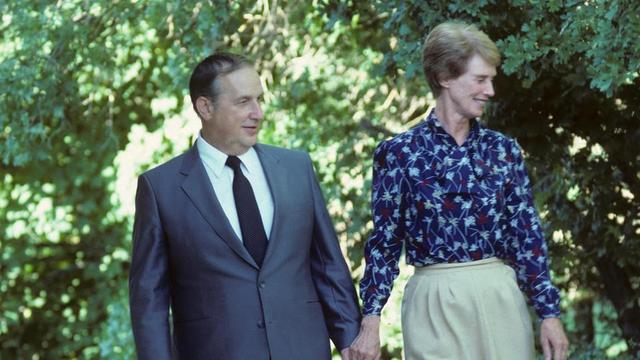 MR says: What a profound legacy Elder Scott has left for his children, grandchildren, and all of the members in the Church. To read some of his advice to Church members, read "Elder Scott's 4 Essential Qualities to Look for in an Eternal Companion" or "Elder Scott's 21 Principles to Help You Live by the Spirit."

In his final hours, Elder Richard G. Scott was surrounded by his family as he received visits from three special friends.

The first two visits were by Elder Scott's fellow members of the Quorum of the Twelve Apostles of The Church of Jesus Christ of Latter-day Saints — President Russell M. Nelson, who leads the quorum, and Elder D. Todd Christofferson.

Michael W. Scott, Elder Scott's youngest son, missed those two visitors because he was still in transit from Houston. But he was grateful to be in the room when LDS Church President Thomas S. Monson appeared.

"That was an experience I will never forget," said Michael Scott as he recalled sweet memories and important lessons while speaking of his father's legacy.