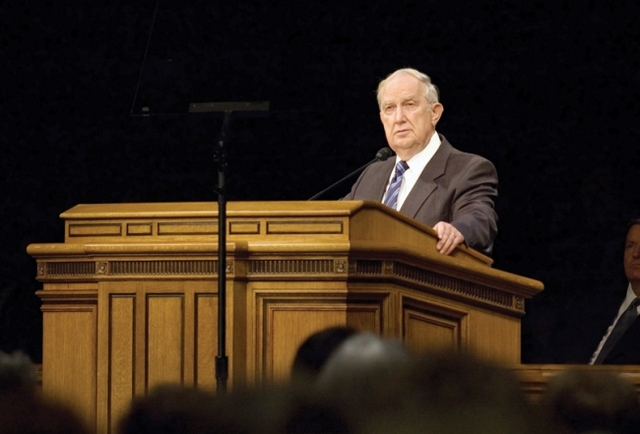 Elder Scott to preside at commencement

A special guest will congratulate about 4,000 BYU graduates in April, along with their families and friends.

Elder Richard G. Scott of the Quorum of the Twelve will preside and speak at the Brigham Young University Commencement ceremony on Thursday, April 21, at 4 p.m. in the Marriott Center. The student speaker will be Paige Anderson, an honors graduate in visual arts with a painting and drawing emphasis.

“It’s definitely overwhelming, but I feel very fortunate,” Anderson said. “I loved [Elder Scott]’s talk at the last conference, and it’s overwhelming that I get to talk to him and meet him in person.”

Even though BYU doesn’t make the decision of who speaks at its commencement ceremonies, the General Authorities have been speaking at BYU Commencement ceremonies because of the spiritual aspect of education, said to Shannon Openshaw, BYU administrative assistant to the communications committee.