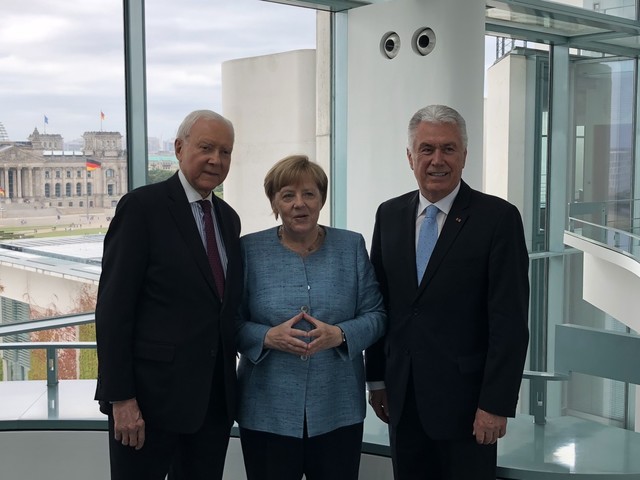 "Freedom of religion is inseparable from the fundamental right of all—whether religious or not—to think, express and act upon what you are deeply convinced of," Elder Uchtdorf . He recently became the first LDS Church leader ever to meet with a German chancellor.

For the first time, a German chancellor has met with a senior LDS Church leader.

Sen. Orrin Hatch, R-Utah, invited Elder Dieter F. Uchtdorf of the Church's Quorum of the Twelve Apostles to join him in Berlin on Friday for a meeting with Chancellor Angela Merkel.

Hatch, a member of the board of directors for the U.S. Holocaust Memorial Museum, and Elder Uchtdorf also visited the Sachsenhausen concentration camp in Oranienburg, Germany, where they laid a wreath to honor Holocaust victims.