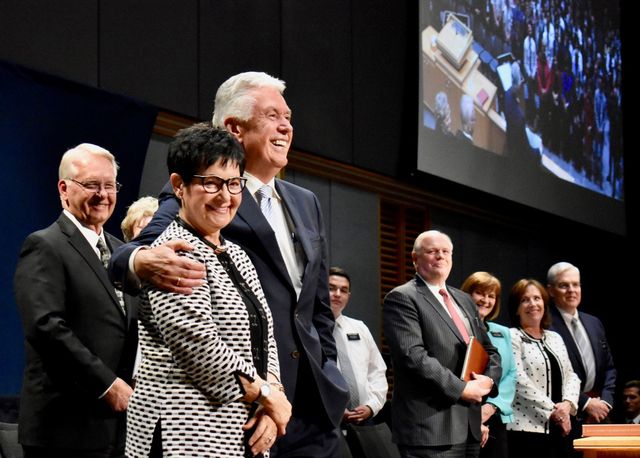 Elder Uchtdorf's Remarkable Story of How Good Can Come From Your Mission, Even Years Later

Elder Uchtdorf addressed 1,647 missionaries at the Provo MTC in an hour-long devotional message given Tuesday. His message of love and encouragement was to remind missionaries of the unseen miracles that they can bring to the lives of others.

He shared a story about a letter he received from his friend when the friend was serving as a missionary.

Inspired by the Savior’s teachings, the friend and his companion had decided to visit a group of prisoners. But to their surprise, when they arrived, they experienced a much more hostile environment from the prisoners than they had imagined. As they shook the hands of over 200 prisoners, they wondered if they would be attacked, hurt, or taken hostage. Regardless of their fear, the missionary friend offered words of encouragement to the inmates and testified of the Savior.

“My friend chalked the whole experience up as a poor decision on his part,” Elder Uchtdorf said, “and he felt extremely blessed that God had protected him and his companion.”

42 years later, the friend received information that one of the young inmates in that prison was touched by the Spirit that day. He found the Church, was baptized, served a mission, and later married in the Church. The friend didn't realize the impact that he had on that family.

“My beloved friends, be successful missionaries by doing well those things over which you have control: your thoughts, your feelings, and your actions,” said Elder Uchtdorf. “Be grateful. “Look for positive things to talk about. And lift up your voices in praise to your Heavenly Father.”