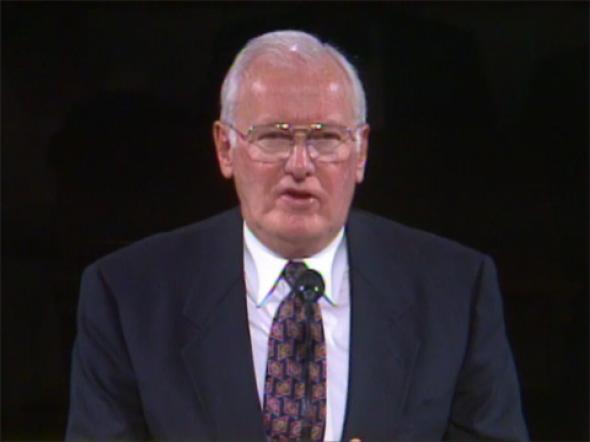 When Elder W. Mack Lawrence was called as a member of the Second Quorum of the Seventy, the Ensign published an article that shared his faith and testimony. “Family and church—those two things are the things that matter, the things that last,” Elder Lawrence said. “That’s really all there is. . . . It’s hard to put in words, to record on paper. But I know the gospel is true. I want to share that with others so they can find peace and happiness and purpose in life. There’s no one secret to helping others and sharing the gospel. It’s a continual, loving, patient process. It’s an arm around a shoulder, both figuratively and literally. That’s how we build the kingdom. That’s how we do the Lord’s work.”

Elder W. Mack Lawrence, an emeritus General Authority Seventy, died on June 24, 2018, in his home in Salt Lake City at the age of 91.

Called to serve as a General Authority in December 1990, Elder Lawrence was sustained on April 6, 1991, in general conference and served in that calling until his release on Oct. 5, 1996.

“Elder Lawrence can best be described as an organizer, a person who has a firm belief in setting goals as individuals and as a group,” it read in the Church News article published after his call to be a General Authority.