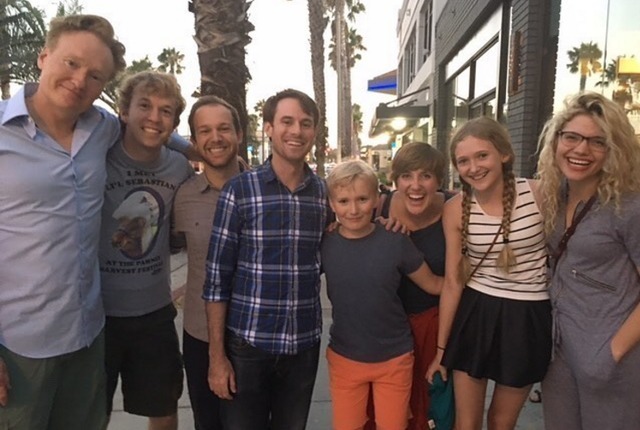 The sketch comedy group from BYU, Studio C, received national attention from Conan O’Brien’s Instagram shout-out: “Just ran into some of the talented people from the Sketch show #Studio C. They have brought a ton of laughter to my house.” Now, The Huffington Post recommends a good dose of Studio C to bring some much-needed humor and lightheartedness post-election.

It was a long and bumpy election ride, wasn’t it? And for some of us, it feels like it ended in a car crash.

But no matter how we feel about the outcome, we can all agree that we’re tired. We’ve seen and heard things that have depleted us. We could appreciate a diversion. We could use some entertainment that is fresh and funny, but not vulgar. We’ve had enough vulgarity to last us lifetimes.

Studio C, a sketch comedy group and show, is a burst of sunshine. It offers innocent, creative laughter for families. Kids tend to adore it. It’s “soul wincing” free. There’s none of that queasy feeling we get when something is off color or profane.

Instead, it helps us feel a little better, a little tiny bit healed. We could use some healing.