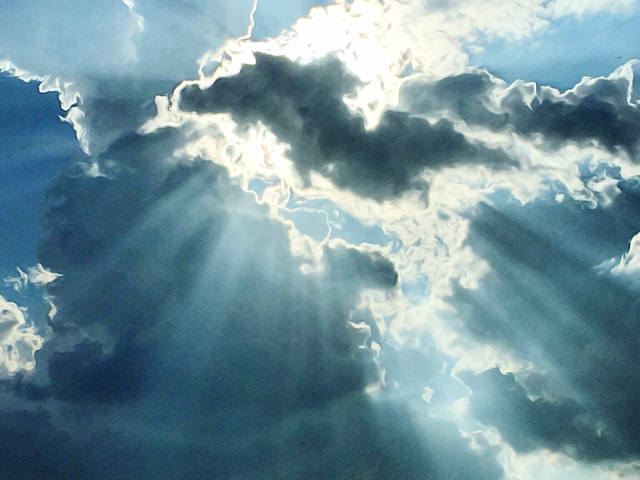 We know from the scriptures that there were people who did not "taste of death" or who were "taken up by the spirit." But what does it really mean to be translated?

According to the October 1973 Ensign, "The Prophet Joseph Smith discussed the doctrine of translation, a power whereby men are preserved in their tangible, physical bodies, in the following words:

“Many have supposed that the doctrine of translation was a doctrine whereby men were taken immediately into the presence of God, and into an eternal fullness, but this is a mistaken idea. Their place of habitation is that of the terrestrial order, and a place prepared for such characters He held in reserve to be ministering angels unto many planets, and who as yet have not entered into so great a fullness as those who are resurrected from the dead” (Documentary History of the Church, vol. 4, p. 210).

Here are eight times in the scriptures individuals or groups of people were translated.

1. The People of Enoch

“And Enoch and all his people walked with God, and he dwelt in the midst of Zion; and it came to pass that Zion was not, for God received it up into his own bosom; and from thence went forth the saying, Zion is fled” (Moses 7:69).

2. The Righteous from Enoch to Noah

During the 700-year period between the translation of Zion and the great flood, “the Holy Ghost fell on many, and they were caught up by the powers of heaven into Zion” (Moses 7:27).

3. The People of Melchizedek

“And men having this faith, coming up unto this order of God, were translated and taken up into heaven. And now, Melchizedek was a priest of this order, therefore he obtained peace in Salem, and was called the Prince of Peace. And his people wrought righteousness, and obtained heaven, and sought for the city of Enoch which God had taken” (JST, Genesis 14:32-34).

“The scripture saith the Lord took Moses unto himself” (Alma 45:19).

Moses and Elijah were both translated so that they could appear to Jesus in the flesh and bestow on him keys of the priesthood. This occurred on the Mount of Transfiguration near the close of his ministry (see Matthew 17:1-6).

“This we know, that [Alma] was a righteous man; and the saying went abroad in the church that he was taken up by the Spirit, or buried by the hand of the Lord, even as Moses. But behold, the scriptures saith the Lord took Moses unto himself; and we suppose that he has also received Alma in the spirit, unto himself” (Alma 45:19).

“And [Jesus] said unto them: Behold, I know your thoughts, and ye have desired the thing which John, my beloved, . . . desired of me. Therefore, more blessed are ye, for ye shall never taste of death; but ye shall live to behold all the doings of the Father unto the children of men, even until . . . I shall come in my glory” (3 Nephi 28:6-7).

This same passage of scripture gives some valuable insight into the state of those who are translated: They have no pain or sorrow (except for the sins of the world); Satan has no power to tempt them; they are holy men and women and the “powers of the earth” cannot hold them; they shall not taste of death but will be changed when the Lord comes in his glory. 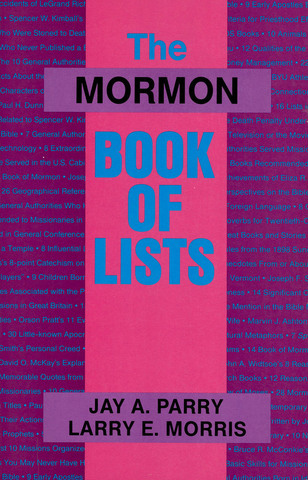 The Mormon Book of Lists distills hundreds of interesting facts of Mormonism into twelve categories of lists—Church history, general authorities, missionaries, scriptures, and contemporary themes such as women, art, entertainment, and athletes. Use this facts-in-a-jiffy book for "gospel games," to enliven lessons and talks, and for sheer pleasure reading. Available as an eBook.