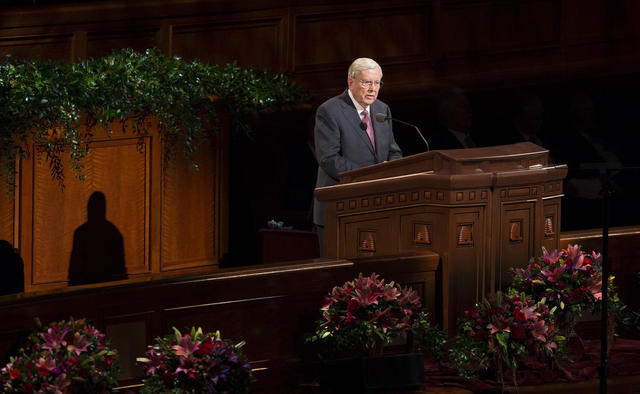 "We need to embrace God’s children compassionately and eliminate any prejudice, including racism, sexism, and nationalism," Elder Ballard said at the Sunday afternoon session of general conference this weekend.

The world needs to eliminate racism, sexism and nationalism, an LDS leader said as he opened the final session of the faith's 187th Semiannual General Conference on Sunday afternoon.

Holding up black Mormon pioneer Jane Manning James as an example of "a remarkable disciple," Elder M. Russell Ballard of the Quorum of the Twelve Apostles invited listeners "to welcome and embrace anyone who is making his or her own trek today, no matter where they are in their journey."

Then he called for compassion and an end to all bigotry.