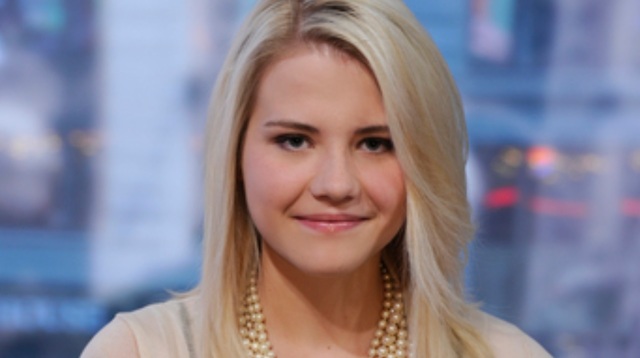 Fifteen years ago today, Elizabeth Smart was rescued from her abductors that subjected her to nine months of emotional, physical, and sexual abuse. Since that time, Smart has become an advocate who focuses on protecting others from abuse as well as helping victims of rape, violence, and abuse.

“My personal experiences have made me a more compassionate person in general and given me an insight into things that I wouldn’t otherwise ever comprehend,” Smart told LDS Living in an interview. Smart seeks to do that as a correspondent with Crime Watch Daily and through her foundation.

"We decided we wanted [the foundation] to be something that would bring hope to other people while stopping the victimization at the same time," Smart told LDS Living. "Our goal is to empower children by helping them to know their options and by supporting law enforcement in stopping crime. We also want to bring awareness to other cases and try to make a difference.”

Despite all she has experienced, Smart continues to share her faith and the light that fills it.

Finding Light During Her Captivity

"One of God's greatest blessings and gifts to us is the ability to choose," Elizabeth Smart said at a fireside at BYU-Hawaii in 2016.

Smart shared many of the times in her life when she prayed to God in difficult times, needing to feel him near. She told of a time as a shy, young girl that she became lost, but she remembered the song "A Child's Prayer" that she had sung in Primary that week—something that helped her through that frightening time.

That habit, developed as a young girl, would later help Smart when she came face to face with unspeakable darkness and hardship.

One night, as a 14-year-old, Smart woke to a strange voice in her room saying, "I have a knife at your neck. Don't make a sound. Get up and come with me."

► You'll also like: Elizabeth Smart—My Captivity Was the Hardest But Most Spiritual Time of My Life

Smart kept wondering what had happened to the rest of her family, not knowing who she could turn to. "The one thing I did know was that [my sister] was alive and she was still in bed." Filled with fear and a desire to protect her sister, Smart went with the man who took her up the mountains behind her house, where she endured months of psychological and sexual abuse.

"I realized that I always had my Heavenly Father to turn to, and my Savior," Smart said. In that darkness, Smart realized that she had something her captor couldn't take away from her: faith, hope, and a love that no one could destroy.

"There wasn't a single day I didn't pray. . . It was the hardest time of my life, without a doubt, but at the same time, it was one of the most spiritual times of my life because I felt my Savior's presence so strongly in my life."

After nine months of captivity, Smart was rescued and finally reunited with her family. "I knew Heavenly Father had saved me," she recalled. "That was the happiest moment of my life."

Hope in the Gospel

Smart endured a horrific ordeal that few people can comprehend. Even so, she has moved forward with grace and courage, and she says forgiving her captor is largely what enabled her to do so.

“I’ve forgiven him, but that doesn’t mean I ever want to see him again,” she clarified in her interview with LDS Living. “I know that justice may not ever be fully served on this earth. But I know that I have a Heavenly Father who loves me. I have no doubt that justice will be served one day, so there’s no reason for me to hold on to the hurt or anger or to dwell in the past. I trust in God that the best will come out. He is perfectly just and perfectly merciful.”

► You'll also like: Elizabeth Smart: Becoming a Mom Has Been the Best Thing Ever

Smart also urges others who are struggling to never give up. “No matter what happens, we have a Heavenly Father who is always there and will never abandon us. There is always hope. For me, the word ‘gospel’ means hope. No matter how bad things get, that’s the one thing you can always hold on to. The gospel will never fail you. People might fail you, but the gospel won’t.” 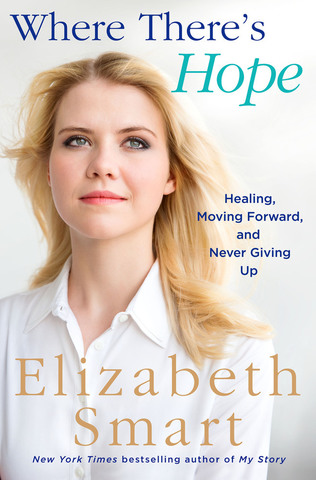 Get more insights from Elizabeth Smart in Where There Is Hope.

Elizabeth Smart follows up her #1 New York Times bestseller (October 2013), My Story—about being held in captivity as a teenager, and how she managed to survive—with a powerful and inspiring book about what it takes to overcome trauma, find the strength to move on, and reclaim one’s life.

Since her abduction, Smart has married, become a mother, and traveled the world as the president of the Elizabeth Smart Foundation, sharing her story with the intent of helping others along the way.

Over and over, Elizabeth is asked the same question: How do you find the hope to go on? In this book, Elizabeth returns to the horrific experiences she endured, and the hard-won lessons she learned, to provide answers. She also calls upon others who have dealt with adversity—victims of violence, disease, war, and loss—to explore the pathways toward hope. Through conversations with such well-known voices as Anne Romney, Diane von Furstenburg, and Mandy Patinkin to spiritual leaders Archbishop John C. Wester and Elder Richard Hinckley to her own parents, Elizabeth uncovers an even greater sense of solace and understanding. Where There’s Hope is the result of Elizabeth’s mission: It is both an up-close-and-personal glimpse into her healing process and a heartfelt how-to guide for readers to make peace with the past and embrace the future.