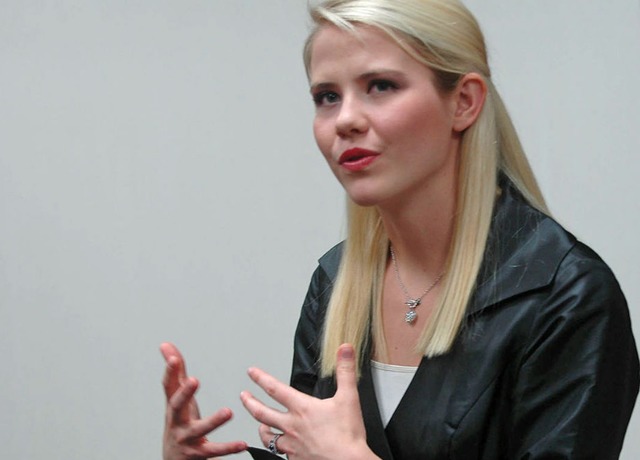 Recently, in an interview with Broadly, Elizabeth Smart shared some of the unintentional but devastating and potentially crippling side effects that can result from the way Mormon culture addresses chastity.

"I think the power of faith is amazing, the hope and the healing that it can bring to people," Elizabeth Smart said in the interview, crediting her LDS faith for helping her survive and overcome the nightmare of her abduction.

"But I also think there's another side of it that can be potentially very harmful, especially when a lot of religions teach that sexual relations are meant for marriage... It's so stressed that, girls in particular, tie their worth to their virginity, or, for lack of a better word, purity."

And Elizabeth Smart had been one of those girls.

"I did make that promise to myself that I was going to wait until marriage before I had sex... Well, then I was kidnapped and I was raped, and one of the first thoughts I had was, 'No one is ever going to want to marry me now: I'm worthless, I'm filthy, I'm dirty.' I think every rape survivor feels those same feelings, but having that with the pressure of faith compounded on top—it was almost crippling."

It was right after this experience that Smart recalled a lesson she had as a young woman, in which she was told, "You're like this stick of gum, and if you have sex before you're married, it's like someone chews up that piece of gum, and then when you're done, who wants a piece of gum that's already chewed up? No one."

While the intention of the lesson was to teach uplifting, eternal values, the overall message failed to communicate that she was a daughter of loving Heavenly Parents who would love and want her, no matter what.

Even after her rescue, Smart sat through another such lesson, in which she was told: "You're like this beautiful fence, and you hammer these nails in, and then every time you have sex with someone else, it's like you're hammering in another nail. And you can take them out, you can repent of them, but the holes are still there."

Another analogy that misses the point of the gospel and our Savior Jesus Christ, who came to this world to atone for our sins and to experience our pains so that in every circumstance He can make us pure, make us whole, and heal our broken hearts. Analogies like these can not only limit our divine worth and power, they also can limit His.

And Elizabeth Smart wasn't the only girl who could have been harmed during such lessons. One in five women report experiencing rape at some point in their lives, while 1.4% of men report experiencing rape—not to mention the fact that many rapes go unreported. Then there are countless others who have made mistakes and can't escape the guilt or shame these analogies can cause, even after they have repented.

These brothers and sisters sit next to us every week in Sunday School classes. They overhear our conversations. They already endure recurring triggers that remind them of the pain of their experience. It's important as disciples of our Savior that we do not add to their pain but, instead, help them find hope and a greater sense of worth.