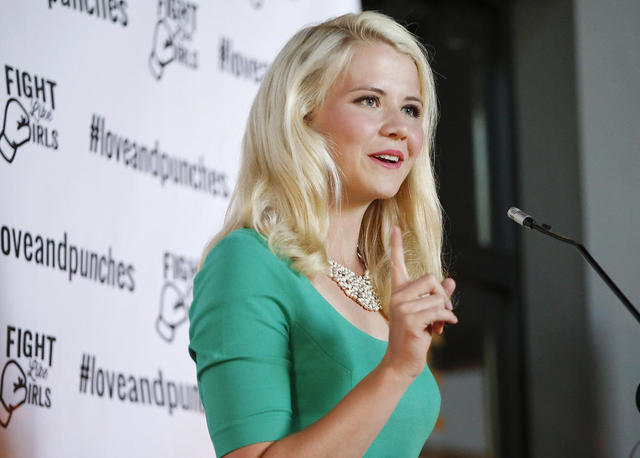 Elizabeth Smart, a mother of two and reporter on Crime Watch Daily, is now working as a producer and narrator on the Lifetime original movie about her harrowing kidnapping in 2002. Set to be released later this year, the movie is told from Smart's perspective as she addresses many of the misconceptions about her nine-month captivity and the rape, abuse, and starvation she endured.

Lifetime's I Am Elizabeth Smart will coincide with the release of an A&E autobiography on Smart's life, both of which are releasing on the 15-year anniversary of her abduction.

Alana Bolden (from the Nickelodeon series Ride) plays Smart in I Am Elizabeth Smart, with Skeet Ulrich (Riverdale, Jericho) and Deirdre Lovejoy (The Blacklist, The Wire) playing Smart's captors, the religious fanatic Brian David Mitchell and Wanda Barzee, according to Deadline.

One night, as a 14-year-old, Smart woke to a strange voice in her room saying, "I have a knife at your neck. Don't make a sound. Get up and come with me."

"I had never been so scared in my entire life," Smart said in a BYU-Hawaii fireside. "Up until that moment, I had always felt like I had been pretty prepared for anything I would come across . . . nothing had ever prepared me for anything like that before. I remember being so scared I felt paralyzed and I felt like I didn't have a choice."

"I realized that I always had my Heavenly Father to turn to and my Savior," she said at the devotional. In that darkness, Smart realized that she had something her captor couldn't take away from her: faith, hope, and a love that no one could destroy.

Despite the horrors of her captivity, Smart has found a way to inspire and help others who have suffered similar abuse.

Learn more about Elizabeth Smart's story with her autobiography, My Story.