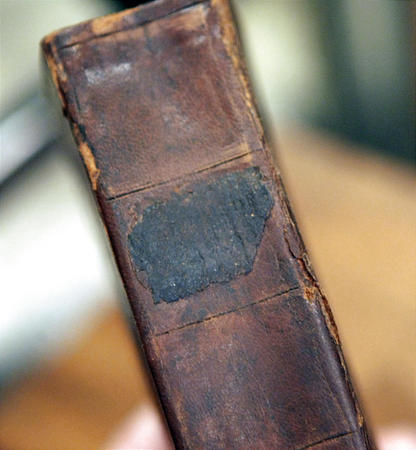 Embracing the power of the Book of Mormon

Among the hallmarks of Ezra Taft Benson 's tenure as president of The Church of Jesus Christ of Latter-day Saints was his stirring summons to reemphasize the Book of Mormon .

"My beloved brethren and sisters," he said during the October 1984 general conference, "for some years now I have been deeply concerned that we are not using the Book of Mormon as God intends. As I participated in the Mexico City Temple dedication, I received the distinct impression that God is not pleased with our neglect of the Book of Mormon. In the 84th section of the Doctrine and Covenants, the Lord decreed that the whole church was under condemnation, even all the children of Zion, because of the way they treated the Book of Mormon. 'And they shall remain under this condemnation until they repent,' said the Lord, 'and remember the new covenant, even the Book of Mormon' (Doctrine and Covenants 84:57)."