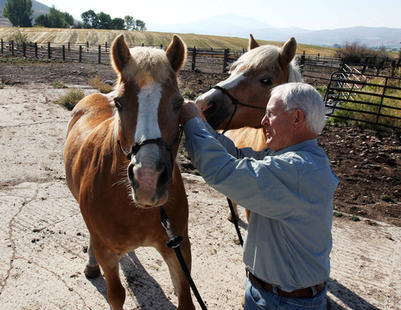 During the Saturday afternoon session of the 182nd Semiannual General Conference of The Church of Jesus Christ of Latter-day Saints this weekend, a member of the church's First Presidency will make it official: Elder Marlin K. Jensen of the First Quorum of the Seventy will become an emeritus general authority.

It isn't a big surprise — for two reasons. First, it was announced in January that he would be released as LDS Church historian and recorder and as executive director of the church's Historical Department and replaced in those positions by Elder Steven E. Snow, who was then a member of the Presidency of the Seventy. A First Presidency letter at the time said Elder Jensen "will be released from the First Quorum of the Seventy and given emeritus status in October."

And second, Elder Jensen turned 70 in May, and the recent history of LDS Church general leadership has been that members of the Seventy are extended emeritus status the October conference following their 70th birthdays.