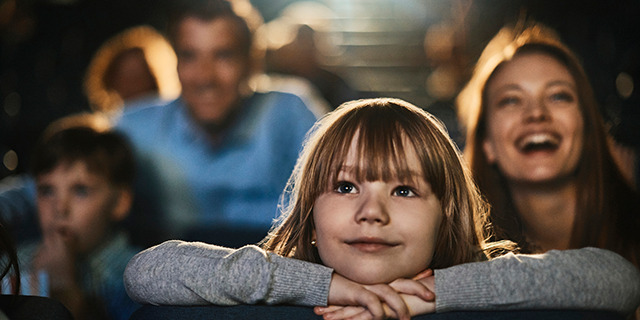 Entertain your entire family with these 4 summer events

Looking for something exciting to do with your family this summer? From new movies to a cool Latter-day Saint virtual concert series, Deseret Book has plenty of wholesome entertainment options to help you enjoy this beautiful time of year. Check out one of these four summertime entertainment events, perfect for families of all ages and sizes!

Once I Was Engaged

A new coming-of-age comedy from the creators of Once I Was a Beehive, the gang is back! Celebrate Bree's engagement, plan the wedding of the century, and join in on the antics of our favorite mother of the bride, Carrie Carrington. Coming to Utah theaters July 21, 2021. 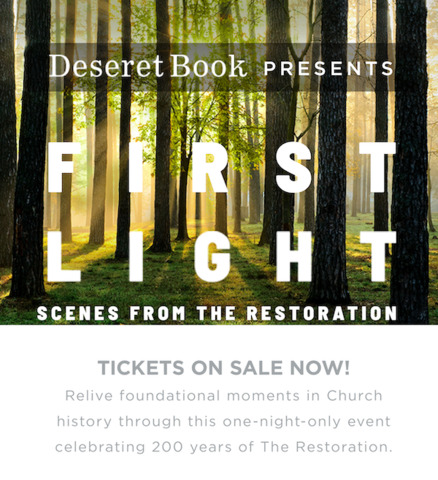 Join us for the exciting modern update of Brett Raymond’s groundbreaking album First Light: Scenes from the Restoration. The album and performance feature soloists Lexi Walker, Casey Elliott (from GENTRI), Kenneth Cope, Brett Raymond, Yahosh Bonner, and Daniel Beck as they retell the story of the First Vision and other landmark events in Joseph Smith’s life from the perspective of important characters who were involved.

Featuring orchestra, choir, and these incredible soloists, this concert will transport you to the time and place where the Restoration occurred in a moving tribute to one of the most important moments in history.

For nearly 200 years, skeptics and critics have attempted to explain away what David Whitmer, Oliver Cowdery, and Martin Harris claimed—that they had seen angels and hefted golden metal plates containing ancient inscriptions. Now, for the first time, their amazing untold true story comes to the big screen in the family film event of the year—Witnesses. Featuring a world-class cast, Witnesses has been hailed as the most significant and ambitious film dealing with the early history of The Church of Jesus Christ of Latter-day Saints and the translation of the Book of Mormon ever made.

► You may also like: Why the Three Witnesses left the Church, why two came back, and how, despite never coming back, David Whitmer stood by his testimony even at his gravesite

Enjoy a new worldwide virtual concert on-demand with unique and uplifting entertainment your whole family can experience from wherever you are. The Sessions concert series features six incredible concerts from some of our favorite Latter-day Saint musicians including The Bonner Family, the Truman Brothers, Nathan Pacheco, Calee Reed, The Nashville Tribute Band, and The Tonga Sisters, with special guest appearances from David Butler, Courtney Casper, Emily Belle Freeman, Becky Higgins, and Morgan Jones.