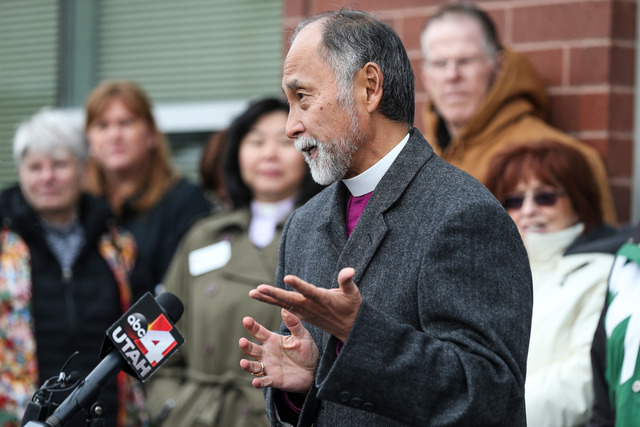 Rt. Reve. Scott B. Hayashi defended the charity work Mormons do in a Facebook post on Thursday, noting claims that Mormons only help Mormons are "far from the truth."

Saying Americans “are hungry” for disagreeing people who continue to maintain positive relationships, the Episcopal Diocese of Utah is citing recent humanitarian donations from the LDS Church and the latter’s hosting of Episcopal Migration Ministries officials as evidences of successful efforts shared by differing faiths.

“I believe that it is very important to demonstrate that people can work together, value each other, and have friendships with each other, even though there are points of profound differences between us,” wrote the Rt. Reve. Scott B. Hayashi on the Episcopal Diocese of Utah’s Facebook page in a Thursday evening post.