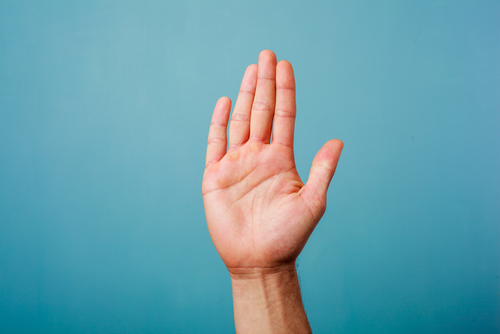 Everything You Need to Know About the Solemn Assembly This Conference

“Solemn assemblies were restored in this dispensation as a part of the ‘restitution of all things, which God hath spoken by thy mouth of all his holy prophets since the world began’ (Acts 3:21),” Robert J. Norman, former director of the Tucson LDS Institute of Religion, explains, “In ancient Israel, these assemblies were held in connection with feasts, sacrifices, and the dedication of Solomon’s Temple. On these solemn occasions, Israel gathered and came before the Lord in a state of ritual holiness.”

However, in modern times, the first mention of a solemn assembly came with the Kirtland Temple and can be found in Doctrine and Covenants 88:68–70:

“Therefore, sanctify yourselves that your minds become single to God, and the days will come that you shall see him; for he will unveil his face unto you, and it shall be in his own time, and in his own way, and according to his own will. Remember the great and last promise which I have made unto you; cast away your idle thoughts and your excess of laughter far from you. Tarry ye, tarry ye in this place, and call a solemn assembly, even of those who are the first laborers in this last kingdom.”

During the 1994 solemn assembly, Elder David B. Haight of the Quorum of the Twelve Apostles talked more in depth about what a solemn assembly is and the sacredness of such a momentous gathering:

“The first solemn assembly was held in the Kirtland Temple on March 27, 1836. Following the voting procedure that I described, the Prophet Joseph Smith recorded, ‘I prophesied to all, that inasmuch as they would uphold these men in their several stations, . . . the Lord would bless them; . . . in the name of [Jesus] Christ, the blessings of heaven should be theirs’ (History of the Church, 2:418).”

Solemn assemblies have been called on other occasions since then:

- In 1832, a solemn assembly was held to establish the School of the Prophets (Joseph Smith Papers).

- A solemn assembly was held in 1835 to vote on a new book of scripture, which we now call the Doctrine and Covenants (Church history manual).

- A solemn assembly was held in 1899 in the Salt Lake Temple for general authorities and representatives from all the stakes and wards in the Church. Here they unanimously agreed to “accept the doctrine of tithing, as now presented by President Snow, as the present word and will of the Lord unto us” (Teachings of Presidents of the Church: Lorenzo Snow, Chapter 12).

Concerning solemn assemblies held to sustain a new prophet, in 1986, President Hinckley shared a few details about the first solemn assembly of this kind:

“Dating from October 10, 1880, when John Taylor was sustained to succeed Brigham Young as prophet, seer, revelator, and President of the Church, each such occasion has been designated a formal Solemn Assembly of the body of the Church to express the voice of the Church.”

According to former Church Historian and Recorder Elder Marlin K. Jensen in a 2008 Liahona article, solemn assemblies to sustain a new prophet began being held in the Salt Lake Tabernacle in 1880 with the third president of the Church and continued there until the construction of the Conference Center. Prior to this time, Joseph Smith and Brigham Young were sustained in the Kirtland Temple in 1836 and in the Kanesville Tabernacle in Council Bluffs, Iowa, in 1847, respectively.

Participation in early solemn assemblies was limited to those who were physically in attendance. Those in attendance would sit with other quorum members and stand as a group when called upon to do so. But as radio and television became a feasible way to allow more members to participate from other places, such as stake centers, members began being asked to participate in the sacred process while stake presidencies observed nearby. By 1945, Church members were also watching from home and began to be invited to participate in the sustaining vote wherever they were watching.

President Hinckley explained another change in 1986:

“We have now reached a point where many times the number seated in the Tabernacle are assembled in other church halls across the United States and Canada, as well as in other parts of the world. Furthermore, many are seated in their homes, listening to the conference. All of you, wherever you may be, are invited to participate in this solemn and sacred undertaking when we sustain a new President of the Church together with other officers. In these present circumstances, it is considered unfeasible to seat by quorums those assembled in the Tabernacle and the many other halls. We shall, however, vote by quorums and groups. Wherever you are, you are invited to stand when requested and express by your uplifted hands whether you choose to sustain those whose names will be put before you.

President Monson was the first prophet to be sustained in a solemn assembly at the Conference Center.

As Elder David B. Haight explained, one of the uses of a solemn assembly is to dedicate a temple. In fact, the very first temple dedication of this dispensation clearly identifies the meeting as a solemn assembly:

“And now, Holy Father, we ask thee to assist us, thy people, with thy grace, in calling our solemn assembly, . . .

“That thy glory may rest down upon thy people, and upon this thy house, which we now dedicate to thee, that it may be sanctified and consecrated to be holy, and that thy holy presence may be continually in this house” (D&C 109:10, 12. Dedication of the Kirtland Temple in 1836).

In this meeting, Joseph Smith and other Church leaders were sustained, and the occasion was marked with the now-familiar Hosanna Shout (Doctrine and Covenants and Church History Gospel Doctrine Teacher’s Manual, Lesson 18).

► You'll also like: "What Is the Hosanna Shout and Why Do We Do It?"

When the Salt Lake Temple was constructed, two of the upper floors were dedicated to a massive assembly room for such sacred meetings. It was in this room that hundreds of Saints gathered for the dedication of the Salt Lake Temple. While this is not a standard room in every temple, several temples—including the Los Angeles, Washington, and Manti temples—have a similar “solemn assembly” room.

No matter the place or reason, participation in a solemn assembly is considered a very special, sacred experience. As you participate in the solemn assembly to sustain President Russell M. Nelson this weekend, remember that it is a sacred privilege and part of a beautiful historic tradition of supporting and sustaining our Church leaders.