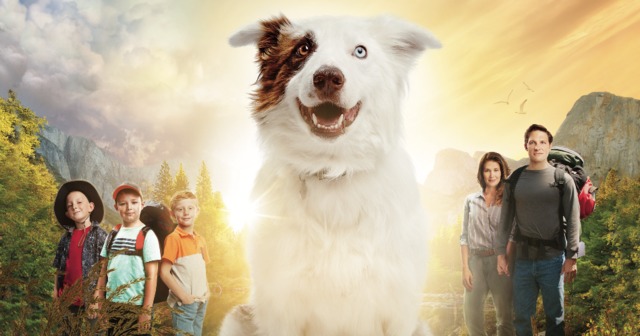 Sponsored: Experience the Power of One Dog to Change Everything —"The Stray" Movie to Open Nationwide This Friday

Struck Films, Purdie Distribution, and Motive Entertainment announce the upcoming release of The Stray, a heartwarming family film written and directed by Mitch Davis (The Other Side of Heaven).

Set for release in select markets nationwide on October 6, 2017, The Stray tells the true story of how one stray dog impacts a struggling family.

That stray dog is “Pluto.” Pluto comes out of nowhere and quickly makes himself at home with the Davis family, who are on the brink of falling apart. Dad (Michael Cassidy; Argo, Batman v. Superman: Dawn of Justice ) is a career-driven personality who’s neglecting his marriage and family. Mom (Sarah Lancaster; Everwood, The Judge) is at her wit’s end raising three young kids. The last thing they need is another mouth to feed. Or is it?

In just a short time with the Davis family, Pluto the “Wonderdog” manages to save a toddler, bring comfort and companionship to a hurting 9-year-old boy (Connor Corum; Heaven is for Real), help restore a marriage, and repair a broken father-son relationship. Pluto is not only a guard dog—he’s a guardian angel.

The Stray received the Dove Family Approved seal for its portrayal of positive values and is a film you can take your entire family to see.

“The Stray is a heartwarming family movie that is wonderfully entertaining while teaching about love for a pet, love of family and making time for family,” said Donna Rolfe, Dove Foundation.

“It’s really not a stretch to say that Pluto gave me my life back. He saved me and my family in more ways than one. And although The Stray reflects my personal story, I know there are countless families across America who could say the same thing about a pet that greatly impacted them with its unconditional love—which is why I hope that families will see this film together,” said Mitch Davis.

Sometimes help comes from the most unlikely places. Sometimes our prayers get answered in strange ways. Sometimes one dog can change everything.