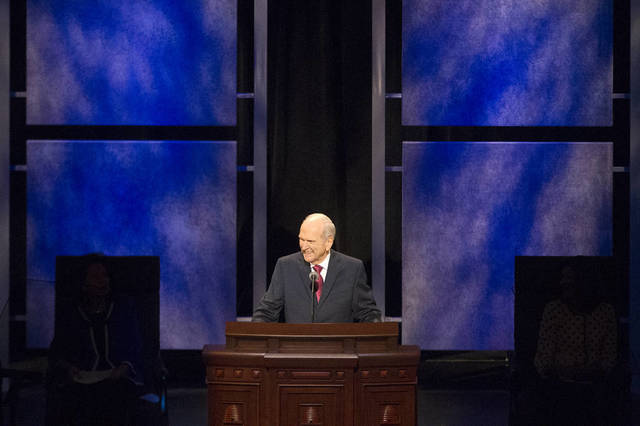 This article was originally posted after President Russell M. Nelson issued a challenge to the youth to fast from social media for seven days. In light of the new challenge, given by President Nelson in the general women’s session of conference last weekend, we thought this article would be a great reminder of the benefits and blessings of social media fasts.

Posts flooded social media following President Nelson’s talk as many expressed that they would be logging off of Facebook, Twitter, Instagram and other social media platforms for a week.

We spoke with several professionals who have studied the effects of social media and have compiled four benefits of a social media fast and six tips for successfully completing President Nelson’s challenge.

Here's what we learned about the benefits of a social media fast.

1. A move back to living in the present

Studies, such as a study published by the American Journal of Epidemiology last year, have shown a significant correlation between the amount of time spent on social media and well-being. Dina Alexander, a member of the Church and the founder and CEO of Educate and Empower Kids, said that there seems to be a significant increase in loneliness, depression and body image issues when a teenager spends four or more hours a day on social media.

She said what parents don’t realize is that their child actually resides on social media.