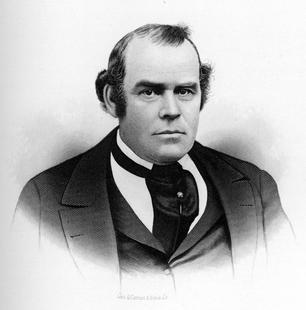 Though the Kinderhook plates have often been used to disprove the authenticity of Joseph Smith’s seer-ship, evidence exists to show that Joseph had begun to translate the plates out of curiosity rather than as his role as a prophet, Don Bradley said Friday afternoon as part of the Foundation for Apologetic Information and Research conference presentations.

Bradley, who is pursuing a master's in history at Utah State University and specializes in early Mormon history, said that accounts from church members William Clayton and Parley P. Pratt, as well as an anonymous article from an individual outside The Church of Jesus Christ of Latter-day Saints, bring legitimacy to the fact that Joseph did not place as much importance into the materials as he did the plates that led to the Book of Mormon or the papyri that was translated as the Book of Abraham.