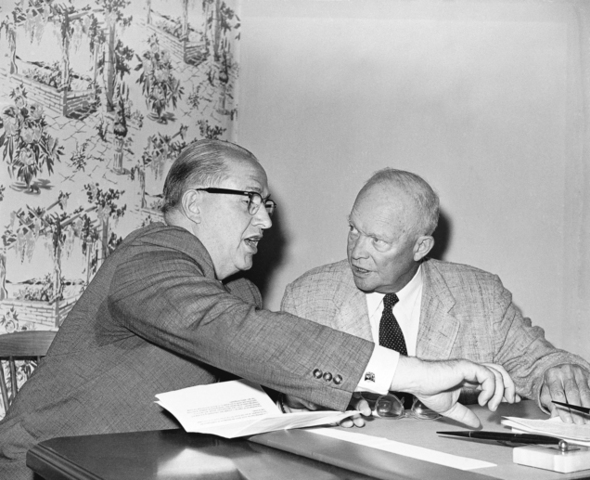 His letter to FBI Director J. Edgar Hoover was packed with political dynamite, so Ezra Taft Benson marked it “personal-confidential.”

Benson — the only man to serve in a presidential Cabinet and later lead a worldwide church, the Mormons — was attempting to convince Hoover that the John Birch Society was a clear-thinking anti-communist group. So he wrote how it had convinced him that a friend of theirs had been a tool of the worldwide communist conspiracy.

That friend was none other than former President Dwight D. Eisenhower, for whom Benson had served as secretary of Agriculture from beginning to end of his eight-year presidency.

“In my study of the [communist] conspiracy, which I am sure is weak compared with your own, the consequences of Mr. Eisenhower’s actions in dealing with the communists have been tragic,” Benson wrote.