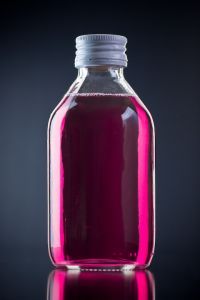 An FDA advisory panel met on Tuesday, September 14, in College Park, Maryland, to discuss concerns over cough medications using dextromethorphan (DXM), a cough suppressant included in many common cough syrups. The FDA gathered outside experts to hear testimony on whether medications containing DXM should be controlled. In a 15 to 9 decision, the panel recommended against making DXM a controlled substance.

In general, panel members of the Drug Safety and Risk Managment Committee cited concerns that making DXM a controlled substance (with some states that require prescriptions for all controlled substances, regardless of class) would make cough supressants like NyQuil and Dimeatapp too difficult to access.

The Consumer Healthcare Products Assocaition (CHPA), which represents over-the-counter drug providers said in a statement: "Today's FDA advisory committee decision not to recommend scheduling OTC cough medicines containing dextromethorphan as a controlled substance reflects a sound balancing of the benefits of over-the-counter medicines containing dextromethorphan. We do, however, recognize the need for continued education to keep any abuse levels low" This meeting came in the wake of large recalls over the past eight months of children’s and adults’ over-the-counter medicines. Over 70 percent of pediatric medicines have been said to be recalled.

Medicines such as Robitussin, Tylenol cough and Motrin, all have products containing DXM, which according to the FDA, is safe when taken in normal doses, but there have been cases where overdoses on such products has caused serious health problems or death. In fact, in 2009, the FDA reported that nearly 8,000 emergency room visits in 2008 resulted from DXM abuse.

Greg Wilding, a Walgreen's pharmicist in Springville, Utah, said concerning abuse complications, “It would have to be a lot more than what is recommended, but it does happen. You should always exercise caution and good judgement when using it.”

While Tuesday's proposal of controlling DXM was rejected, panelists recognize the importance of solutions regarding health concerns arising from abuse.
According to the FDA, the abuse of dextromethorphan has been one of their concerns since 1990, and abuse of cough syrups, usually in effort to induce euphoria or “robotripping,” has been discussed in previous meetings. The practice of abusing cough syrup for euphoric effects involves taking more than 25 times the recommended amount and has primarily been practiced by teenagers, including some Pennsylvania and Utah. However, in 1992 a committee reported that the concern was not high enough on a national level; widespread provisions were not enacted.

In recent years, however, the concerns have reached a higher level. “In 2005,” an FDA memorandum reported, “five teenagers from Washington, Florida and Virginia were reported to have died from ingestion of DXM. In each case, the deaths were deemed to be the result of direct toxic effects of DXM powder,” an FDA Memorandum reports.

The safety of the drug has also been debated in children’s medicines. Generally, pediatricians do not recommend use of DXM for children under age 12, but DXM has been found in some medicines labeled “safe for infants.” Overdoses for young children caused some instances of hospitalization and was part of the reason for the McNeil recall in May 2010.

Vanessa Perkins, a mother in Provo, Utah, was pleased that the FDA decided against making DXM a controlled substance. “Having to get a prescription for it, I think is going way too far, especially if you don’t have insurance, which is a big deal in Utah," she said. "However, maybe coming up with an age restriction, just like sudafed that you can’t get it unless you are twenty-one or older.”

Rodney Zohner, a pharmacist in Spanish Fork, Utah, said that the concern regarding abuse of these products is very real. His pharmacy tries to keep a larger supplies behind the counter, where customers have to ask for it. “I think there is something that needs to be done, but I don’t necessarily think it should be prescribed,” he said. "I agree with some parents that babysitting is not the way to go since the people who are using this for other motives will find other stuff to get what they need.”

Tuesday's decision means that strategies for diminishing DXM abuse are still being discussed. One current proposal, supported by the CHPA, includes a Senate bill that would prevent sale of the drug to people younger than 18.