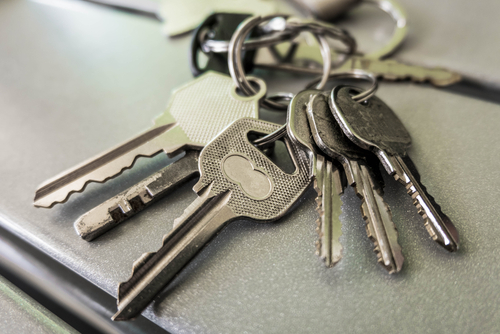 The priesthood is something you cannot see nor hear nor touch, but it is a real authority and a real power.

Upon you my fellow servants, in the name of Messiah I confer the Priesthood of Aaron, which holds the keys of the ministering of angels, and of the gospel of repentance, and of baptism by immersion for the remission of sins; and this shall never be taken again from the earth, until the sons of Levi do offer again an offering unto the Lord in righteousness (Doctrine and Covenants 13:1).

Tell your family to imagine that there is a new car in the driveway that they can use. Describe the details of the car (horsepower, rate of acceleration, body design, engine size, etc.). State that no matter how powerful the car is, it won't work unless you have the proper keys.

Explain that priesthood power must also come through the proper authority (keys) in order to function correctly.

Discuss where the authority for the Aaronic Priesthood came from.

When I was approaching my 18th birthday and preparing to enter military service near the close of World War II, I was recommended to receive the Melchizedek Priesthood. Mine was the task of telephoning my stake president, Paul C. Child, for an appointment and interview. He was one who loved and understood the holy scriptures. It was his intent that all others should similarly love and understand them. Knowing from others of his rather detailed and searching interviews, my telephone conversation with him went something like this:

"Hello, President Child. This is Tom Monson. I have been asked by the bishop to seek an interview with you."

"Fine, Brother Monson. When can you visit me?"

Knowing that his sacrament meeting time was six o'clock, and desiring minimum exposure of my scriptural knowledge to his review, I suggested, "How would Sunday at five o'clock be?"

His response: "Oh, Brother Monson, that would not provide us sufficient time to peruse the scriptures. Could you please come at two o'clock, and bring with you your personally marked and referenced set of scriptures."

Sunday finally arrived, and I visited President Child's home on Indiana Avenue. I was greeted warmly, and then the interview began. He said, "Brother Monson, you hold the Aaronic Priesthood. Have you ever had angels minister to you?"

My reply was: "No, President Child."

Then he instructed, "Brother Monson, repeat from memory the thirteenth section of the Doctrine and Covenants."

I began, "Upon you my fellow servants, in the name of the Messiah I confer the Priesthood of Aaron, which holds the keys of the ministering of angels. . . ." (D&C 13:1.)

"Stop," President Child directed. Then in a calm, kindly tone he counseled: "Brother Monson, never forget that as a holder of the Aaronic Priesthood, you are entitled to the ministering of angels." It was almost as if an angel were in the room that day. I have never forgotten the interview. I yet feel the spirit of that solemn occasion. I revere the priesthood of Almighty God. I have witnessed its power. I have seen its strength. I have marveled at the miracles it has wrought.

Divide the family into two teams and give each team one of the envelopes containing the letters. Give them these instructions:

Other ingredients of your choice:

Arrange tortilla chips on a cookie sheet. Top chips with cheese and other ingredients of your choice. Cook under the broiler until the cheese melts. Serve alone or with guacamole or sour cream.