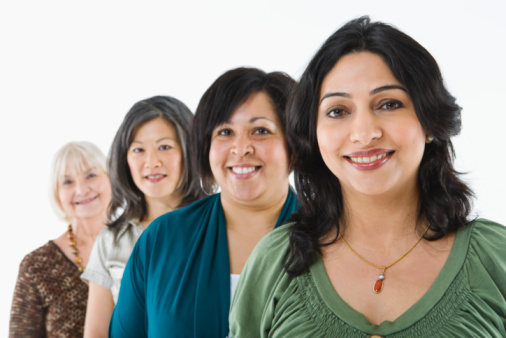 Conference Talk:
For more information on this topic read “Called to Be Saints” by Elder Benjamin De Hoyos, Ensign, May 2011, 106.
Thought:
This promise from the Lord to His Saints does not imply that we will be exempt from sufferings or trials but that we will be sustained through them and that we will know that it is the Lord who has sustained us.

(Elder Benjamin De Hoyos, “Called to Be Saints” Ensign, May 2011, 106.)
Song:
“The Church of Jesus Christ,” Children’s Songbook, p. 77.
Scripture:
Now therefore ye are no more strangers and foreigners, but fellow citizens with the saints, and of the household of God. And are built upon the foundation of the apostles and prophets, Jesus Christ himself being the chief corner stone. (Ephesians 2:19-20)
Lesson:
Ask one of the children in your family to construct a building out of blocks. Explain that Paul used an analogy of a building to discuss the Church of Christ.
Invite everyone to follow along and mark their scriptures as you read Ephesians 2:19–22 aloud. Discuss the following questions:
• What do you think of when you think of “strangers” or “foreigners”?
• According to verse 19, what invitation did Paul give to those who are strangers or foreigners to the Church? (To be fellowcitizens with the Saints and join the Church.)
• Why would it be better to be a fellowcitizen rather than a stranger?
Remove the cornerstone from the building your child has constructed and ask:

• What happened, or would eventually happen, to a building without a cornerstone or foundation?
• In Paul’s analogy, what is the foundation of the Church?
• Why are the Apostles and prophets the foundation? (Without the priesthood keys they hold and the revelation they receive, we would be left to our own interpretation, resulting in confusion which would cause the downfall of the building or the Church organization.)
• What is the cornerstone of the building?
• Without the cornerstone, how long will the foundation last?
• What does this teach you about the importance of Jesus Christ?
Talk to your family about the great blessing it is to be members of the Church of Jesus Christ restored in these latter days with the exact same foundation and cornerstone that existed for the Saints at the time of Jesus.
(Dennis H. Leavitt and Richard O. Christensen, Scripture Study for Latter-day Saint Families: The New Testament, [Salt Lake City: Deseret Book, 2006], p. 235.)
Story:
[In Russia,] the forced collaboration of many people with the secret police in the mass repression and state-sponsored terror against millions of citizens made everyone fearful of spontaneous social participation and extremely distrustful of all but their most intimate friends. . . .

How could a people with such a background adapt to a church like that of the Latter-day Saints? Could they establish the close-knit community of brotherhood and sisterhood characteristic of Latter- day Saints elsewhere? Could they effectively support a church totally dependent upon the voluntary participation of all members? Would they learn to trust and loyally support each other in leadership callings? . . .

On a beautiful Easter Sunday we fully realized what had been gradually happening for some time. After individual services in each of the branches in Kiev, all the members came together in a large music hall in the center of the city for a joyous concert to celebrate the resurrection of Christ. Professional singers and instrumentalists, as well as excellent amateur musicians (who were all members of the Church), performed with inspiration to a packed house. A nationally known Ukrainian television anchorwoman, our own beautiful Sister Zina Zhuravleva, and her business executive husband, Boris, narrated the performance, reading appropriate scriptures from the Bible and Book of Mormon on the resurrection of Christ.

While this concert was a great spiritual and artistic event, the most impressive part happened after it had ended. Members did not want to leave, but greeted each other with great joy, tears, and hugs reminiscent of the Church at general conference time in Western countries. That the audience would not immediately and silently leave after the performance was unprecedented in a public concert hall in Kiev. The concert hall operators impatiently turned off the lights and rudely herded everyone outdoors into the square.

This did not deter the large throng of members and investigators of the Church, who continued to stand in a pouring, icy rain outside on the square for a considerable time, embracing one another, visiting, and enjoying being together. Only a few would leave. The rest wanted to be together more than they desired refuge from the deluge. This huge, joyous, loving crowd, standing in the rain, was a very strange sight to onlookers hurrying by on Kreshchatik Street in the center of Ukraine’s capital city.

Colleen and I also stood in the rain and shed tears of joy as we watched this sight. We were moved to see the love and spiritual closeness developing among the Saints. Although there were no physical facilities to accommodate them on that beautiful Easter Sunday in a cold rain, we realized that the Latter-day Saints of Kiev had, indeed, become a spiritual community—a people of God.

Activity:
Give everyone a copy of the following coded message. Tell them that A=Z, B=Y, C=X, etc. Have them decode the message. (Answer: For thus shall my church be called in the last days, even The Church of Jesus Christ of Latter-day Saints. D&C 115:4).