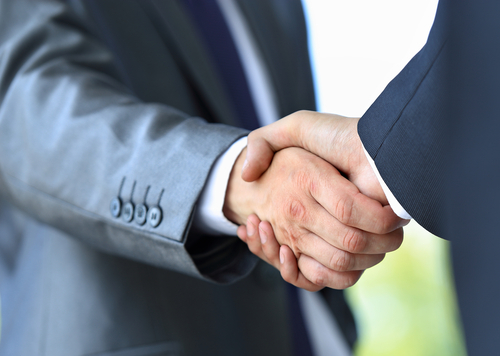 I plead with you to make a determination right here, right now, not to deviate from the path which will lead to our goal: eternal life with our Father in Heaven. (Thomas S. Monson, "The Three Rs of Choice," Ensign, Nov. 2010, 67–70.)

Then said Jesus to those Jews which believed on him, If ye continue in my word, then are ye my disciples indeed. (John 8:31)

A habit is something you do all the time without having to think about it. Some habits are good and some are bad. For example, it’s a good habit to say your prayers every day. But it is a bad habit to tell lies.

The more good habits we have, the happier we become. You can make a good habit by practicing a behavior over and over and over again, until it becomes easy. It’s like practicing scales on the piano or shooting a basketball through a hoop; At first it may be difficult, but if you keep working at it long enough it will become easy.

Make each family member a chart. Have them set a goal of something they’ll commit to work on. Every time they do it, they can place a star on their chart.

For several weeks we met that goal, but then one evening as we were returning home from Hihifo along the coast road a realization hit me. "Feki," I said, "we've only borne our testimonies to two people today and we agreed to three." He replied, "Well, it's too late now. We can't go back, and by the time we get to Vaipoa, everyone will be asleep."

Even though we were tired and had worked hard all day, I still felt bad at not keeping our agreement. I wondered if there was some way we could talk to one more person. "Forget it. It's too late," Feki said. "We'll only be able to do two today; maybe we can do four tomorrow."

I said, "Look, Feki, we agreed to bear our testimonies to three people. The Lord will provide someone."

Along this road was a graveyard. Tongans were very superstitious about graveyards. Some believed they were inhabited by spirits and devils who could do them much harm. I noticed as we got closer to the graveyard that Feki, as usual, started to leave the road and go into the water to get farther from the graveyard. . . .

A sudden weariness hit me and I decided to lay down for a moment, using one of the gentle rises [in the graveyard] as a pillow.

I could tell Feki was scared for himself and worried for me, but I still laid down and rested for a few moments. I was just ready to get up when I heard a clippity-clop, clippity-clop, and knew a horse was coming. I heard the horse speed up as it got closer to the graveyard-the rider obviously wanted to get past the graveyard as fast as he could.

Suddenly the thought occurred to me, "Here's someone to talk to," so I jumped up and said, "Wait a minute, I want to talk to you!" You can imagine the effect my rising up out of the graveyard had on that poor man! He pulled the rope bridle in fright. The horse reared and the man tumbled off. His feet were churning even before they hit the ground. The horse ran on down the road. Even though all I wanted to do was talk to him, I could tell I had made quite a mess of things, as he probably thought spirits from beyond were coming out of the graveyard to get him!

I called after him and said, "Hey, it's just me. Come back!" By now I was acquainted with everyone on the island, and they all knew who I was, so when the man heard my voice and realized it was only me and not a spirit coming after him, he stopped running.

As I came up to him, I could tell he was partly scared and partly angry. "What did you do that for?" he demanded. "What were you doing in the graveyard anyway?" I told him I was sorry and tried to explain that I just wasn't thinking. I asked Feki to go and get his horse while I talked to him. "Look," I said, "Feki and I made a commitment that we would talk to three people each day about the Church. You are our third person today and I need to talk to you." He was still scared enough to not talk back or run, so he listened. I told him I had come several thousand miles to give him and others the most important message there is: that God has appeared again to man, raised up living prophets, and begun the final dispensation of the gospel. I basically told him the Joseph Smith story and explained about the Book of Mormon.

By the time I finished, Feki had returned with the horse, and the man had calmed down. As we gave him his horse, he seemed a little more angry than scared, but he got on his horse and rode away without saying much. I wondered if I had made an enemy. We continued walking home in silence. Feki was upset with me, but for some reason I felt better. We had agreed to bear our testimony to three people, and we had. The third one was a bit unusual, but it was done.

A few weeks later we were in Falehau, the smallest village on the island. We had worked all day with no success. We were discouraged and had just started back to Vaipoa when we heard a man calling us. We turned and saw it was the man who had been on the horse that night. I thought, "Uh-oh, this could be bad!" He asked us to come into his home. It was the first time we had been invited into any home in that village that I could remember. We hesitated, thinking he might have some revenge in mind, but since he seemed sincere, we went in.

He was quiet for a while and then said, "You know I haven't been able to sleep very well these past few weeks. I keep thinking about what you said about modern prophets with authority like Moses. Please tell me more about this prophet, Joseph Smith."

What an invitation! We eventually gave him and his family all of the discussions. He did not join right then, but did a while later. He moved to a different island and served in many important callings. He and his family have been sealed in the temple and have been faithful in the Church.

I learned that when we do things according to the Spirit, the Spirit and power of God take over. The Spirit justifies what we have done. The Lord then orchestrates future events so that what was started spiritually is brought to fruition downstream in a marvelous way.

I learned that if we try hard, make good commitments, and do all in our power to keep those commitments, the Lord will help us keep them. Sometimes He does things in a way we would never think of, but if we are humble and obedient, good will always result. Truth can be, and often is, stranger than fiction. I know He helps us. I know He adds His increase to our feeble efforts, and this makes all the difference.

Have two family members stand back to back. At the signal they take a long breath, turn and face each other, and begin to buzz like bees. The one wins who buzzes the longest with one breath without stopping. If one starts laughing and thus stops buzzing he loses. The winner goes up against the next family member. Continue until a champion is determined.