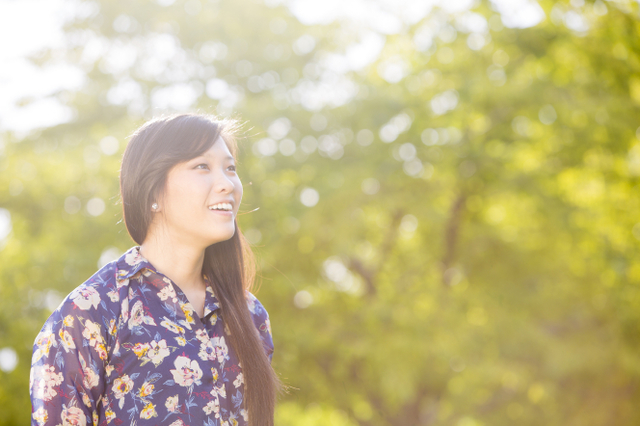 Conference Talk: For more information on this topic read "One among the Crowd," by Dennis B. Neuenschwander, general conference April 2008.

Thought: "Alma alone took to heart what Abinadi had taught. With courage, he stepped away from the crowd to follow the Lord. The influence of this one man among the crowd on the course of Nephite history is immeasurable" (Dennis B. Neuenschwander, "One among the Crowd," Ensign, May 2008, 101-3).

Scripture: "But the Lord said unto Samuel, Look not on his countenance, or on the height of his stature; because I have refused him: for the Lord seeth not as man seeth; for man looketh on the outward appearance, but the Lord looketh on the heart," (1 Samuel 16:7).

Procedure: Ask which of the fruits you display is better than the others. Ask for personal favorites. Explain that even though you might like one kind of fruit better than another, it does not take away from the value of the other fruits; and explain that not everyone will prefer the same kind of fruit over another. Liken the fruit to people. People are just a little different from each other in personality and in physical stature, but that does not lessen their worth to their Father in Heaven and it shouldn't make you value them less either. (Beth Lefgren and Jennifer Jackson, More Power Tools for Teaching, [Salt Lake City: Bookcraft, 1991], p. 36).

I would like to tell you one or two experiences that I have had in my life. You know, when I was a young man my father pointed his finger at me and said, "Young man, I want you to realize that this world is divided into two great groups—you, and the rest of the world."

He was serious about it, and he made me feel serious about it before we had finished talking. He said, "Regardless of what the rest of the world does, it cannot save you; and regardless of what the world does, it cannot destroy you. It is what you do yourself that determines what is going to happen, whether you are going to be loved and respected and happy and successful while you are living here, and whether or not you are going to meet your Heavenly Father the way you would like to meet him."

You know, he set out to do that, and he became more or less a hero with those boys. Before that year was over, there wasn't a single boy on the team who was using tobacco. Now, how easy it would have been for him to follow those boys and be one of them. You know, it is easy for anybody to be a follower, and he doesn't gain much by doing it unless he is following the righteous.It is a little difficult to be a leader, to take your stand. We have an individual responsibility. The world is divided into the two great groups, and remember, you are one of them. The individual is one of them, and his success depends upon his individual stand (Leon R. Hartshorn, Outstanding Stories by General Authorities, Vol. 1, [Salt Lake City: Deseret Book, 1970]).

Activity: Play "Fruit Basket Upset." Seat everyone in a circle of chairs, one chair less than the number of players. Players are assigned to be an "apple," "banana," or "orange."The person who is "it" stands in the center of the circle, with all other players sitting down. "It"calls out the name of a fruit; everybody who is that fruit must jump up, run to another empty chair and sit down. "It" also tries to get a seat while they are changing seats, so there should be a new "it" (the person left without a chair) each time.If "it" wants to, she can have everybody get up and change seats by calling "Fruit Basket Upset."