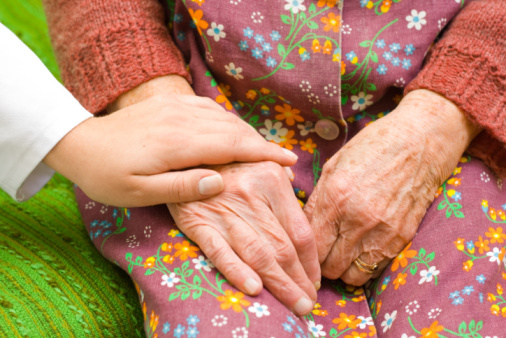 Conference Talk:
For more information on this topic read “Opportunities to Do Good”, by Henry B. Eyring, Ensign, May. 2011, 22.

Thought:
[God] has invited and commanded us to participate in His work to lift up those in need. We make a covenant to do that in the waters of baptism and in the holy temples of God. We renew the covenant on Sundays when we partake of the sacrament. (Henry B. Eyring, “Opportunities to Do Good”, Ensign, May. 2011, 22.)

Scripture:
Wherefore, be faithful; stand in the office which I have appointed unto you; succor the weak, lift up the hands which hang down, and strengthen the feeble knees. (Doctrine and Covenants 81:5)

Story and Lesson:
Share the following story with your family:

“It is painful to imagine a shepherd feeding himself and letting the sheep go hungry. Yet I have seen many shepherds who feed their flocks. One was the president of a deacons quorum. One of his quorum members lived near my home. That neighbor boy had never attended a quorum meeting nor done anything with the members of his quorum. His stepfather was not a member, and his mother did not attend church.

“The presidency of his deacons quorum met in council one Sunday morning. Each week they were fed the good word of God by the fine adviser and teacher. In their presidency meeting, those 13-year-old shepherds remembered the boy who never came. They talked about how much he needed what they received. The president assigned his counselor to go after that wandering sheep.

“I knew the counselor, and I knew he was shy, and I knew the difficulty of the assignment, so I watched with wonder through my front window as the counselor trudged by my house, going up the road to the home of the boy who never came to church. The shepherd had his hands in his pockets. His eyes were on the ground. He walked slowly, the way you would if you weren’t sure you wanted to get where you were headed. In 20 minutes or so, he came back down the road with the lost deacon walking by his side. That scene was repeated for a few more Sundays. Then the boy who had been lost and was found moved away.

“Now, that story seems unremarkable. It was just three boys sitting in a room around a small table. Then it was a boy walking up a road and coming back with another boy. But years later, I was in a stake conference, a continent away from the room in which that presidency had met in council. A gray-haired man came up to me and said quietly, ‘My grandson lived in your ward years ago.’ With tenderness, he told me of that boy’s life. And then he asked if I could find that deacon who walked slowly up that road. And he wondered if I could thank him and tell him that his grandson, now grown to be a man, still remembered.” (Henry B. Eyring, Ensign, May 2001, 38–39.)

Ask:
• How did this young man do his duty?
• How hard do you think it was for him to do it?
• Who was blessed because he did his duty? Invite your family to read and mark D&C 107:99–100.
Ask:
• Where can a person go to learn his or her duty?
• Why is it important to be diligent in our responsibilities?
• What will happen if we don’t learn our duties and perform them with diligence?

Activity:
Make a fix-it chart for all the little things in and around the house that need repairing. Make assignments and/or work on them together.

You can substitute any of your favorite fruits in place of the fruits listed.

1. Preheat oven to 400 degrees F. Slice bread into 1⁄2-inch slices. Place in a single layer on a foil-lined baking sheet. Use a pastry brush to brush each piece with melted butter. Combine sugar and cinnamon and sprinkle evenly over bread slices. Bake for 10–12 minutes or until edges are toasted. Set aside to cool.

2. While bread is toasting, combine sour cream, honey, and orange zest. Stir to combine and place in the fridge.

3. Gently combine strawberries, mango, and kiwi. When the bread is cooled, place about 1 tablespoon of fruit mixture on top of each toasted bread slice and drizzle with sweetened sour cream mixture. If needed, thin the sour cream sauce with 1⁄2–1 teaspoon orange juice. Garnish with mint leaves if desired. Serve immediately.