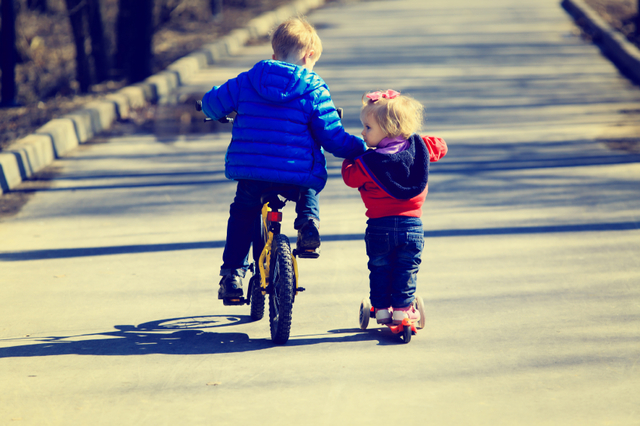 Those nine boys became the leaders of the ward and the stake, and they became the teachers and leaders of our sons. . . . Our sons liked to follow their great examples of becoming wonderful missionaries and getting married to righteous companions in the temple.

Let your light so shine before men, that they may see your good works, and glorify your Father which is in heaven. (Matthew 5:16)

Have a family member read aloud Alma 39:11 and tell how Corianton’s bad example affected the Zoramites. Ask them why it is important that we set a good example. Invite family members to share any examples they know of where the behavior of a Church member helped someone gain a testimony of the gospel. Ask how they think it would make them feel if someone rejected the gospel because of their bad example. How do you think you would feel if someone joined the Church because of your good example? Read together D&C 18:10-16 and then bear your testimony of the joy that comes from being a good example to others.

Seemingly little lessons of love are learned by children as they silently observe the examples of their parents. My own father, a printer, worked long and hard practically every day of his life. I'm certain that on the Sabbath he would have enjoyed just being at home. Rather, he visited elderly family members and brought cheer into their lives.

One such family member was his uncle, who was crippled by arthritis so severe that he could not walk or care for himself. On a Sunday afternoon, Dad would say to me, "Come along, Tommy. Let's take Uncle Elias for a short drive." Boarding the old 1928 Oldsmobile, we would proceed to Eighth West, where, at the home of Uncle Elias, I would wait in the car while Dad went inside. Soon he would emerge from the house, carrying in his arms like a china doll his frail and crippled uncle. I would then open the door and watch how tenderly and with such affection my father would place Uncle Elias in the front seat so that he would have a fine view while I occupied the rear seat.

The drive was brief and the conversation limited, but oh, what a legacy of love! Father never read to me from the Bible about the good Samaritan. Rather, he took me with him and Uncle Elias in that old 1928 Oldsmobile and provided a living example I have always remembered.

Use a small wastebasket as a target and crumpled sheets of paper as balls. Have each family member take turns being the leader shooting their “ball” into the basket. Everyone in the family needs to make the same shot as the leader. When a player misses they receive a strike against them. After three strikes they are out of the competition. Keep playing until only one player is left.

Beat cream cheese, butter, and powdered sugar in large mixing bowl at medium speed. Add flour and baking soda and mix well. Add chopped nuts and vanilla and chill for 30 minutes. Heat oven to 350 degrees. Shape dough into 1-inch balls. Place on ungreased cookie sheet. Indent centers and fill each with 1 teaspoon of your favorite jam. Bake for 14-16 minutes or until edges begin to brown. Cool on wire rack. Use a variety of jams—the cookies will look beautiful on a serving plate.