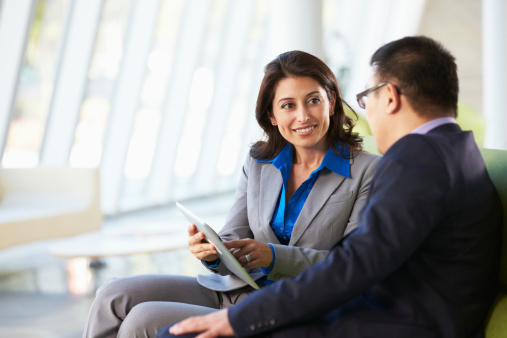 For more information on this topic read "Examples of Righteousness," by Thomas S. Monson, Ensign, May 2008, 65-68.

When thou goest out to battle against thine enemies, and seest horses, and chariots, and a people more than thou, be not afraid of them: for the Lord thy God is with thee, which brought thee up out of the land of Egypt. (Deuteronomy 20:1)

Using the children's Book of Mormon Reader (or your own words) and simple props, have your family role-play the story of Abinadi and King Noah. Tell the story as they act it out. Use your voice to help them feel the excitement. Talk about Abinadi, King Noah, and the priests. Point out that Abinadi was courageous and strong because he obeyed God and tried to teach the wicked people. He never denied the truth, even when they threatened to kill him. Alma was one of the priests, but he was different because he had courage and strength. He defended Abinadi and tried to convince the king to let him go. Because Abinadi and Alma were courageous, many people were able to learn about the gospel.

Several years ago when I was serving as a stake missionary, I was privileged to meet a full-time missionary from Utah named Maurice Begay. Elder Begay was a full-blooded Indian and a perfect example of one who had "blossomed as a rose." He showed me, during a "missionary split" one night, why we sometimes need to let our lights shine, even when it's hard.

That night as we were out tracting, we drove into a poor area of town. Elder Begay asked me to pull up to a particular mobile home so we could tract it out. I tried to tell him that I was sure the people who lived there would not be interested in the Church, but he would not listen and began to walk up the driveway. I followed him past a couple of junked cars and scattered trash up to the trailer door. I was more than a little nervous as Elder Begay knocked loudly on the door.

My confidence sank even more when the man of the house opened the door. He had a cigarette in his mouth, no shirt, tattoos all over his arms, and a scowl on his face. "What do you want?" he asked. I thought, I want to go home. What do you think I want? But I said nothing. Elder Begay told him who we were and asked if we could come in and share a message with his family about Christ's visit to the Americas. After a long pause, he invited us in.

In his small living room sat his wife and four children. All needed a comb, a bath, a handkerchief, and some better clothing. There was tension in the air as we sat down, and it became obvious that no one was going to speak to us because of their involvement in a TV movie. After a short time, Elder Begay told the family we had a message to share with them.

No one responded to his comment. I became more nervous and had a strong desire to get up and leave. The elder tried two more times to talk with the family about the Church, but still they would not reply. After we had sat there for about fifteen minutes, Elder Begay did something that took as much courage as anything I have ever seen.

With no warning this young missionary picked up his chair and set it right in front of the TV set, then sat down so the family could not see the movie. Then he reached around and turned off the set. "You don't mind if I turn this off, do you?" he asked.

There was an eery silence in the room as the family stared at him in disbelief. I have never wanted to run so bad in all my life. After what seemed like an eternity, the man replied, "I guess not; I've already seen that movie anyway." Hearing that brought me more relief than I can describe. That night a young Lamanite missionary taught that family about Joseph Smith and the Restoration. The family was not interested in the Church, just as I had first suspected, but I had witnessed one of the most inspirational events of my life.

For this game you will need dry beans and a knife. Place the beans on a plate. Very young children should probably use a spoon instead of a knife. The leader of the game instructs the player to scoop up three beans with the knife, doing it without using his other hand. Then he is to carry the beans without spilling them to a table or chair about 10 feet away. Warn him that others will try to get him to drop his beans or stop him from reaching his goal. You may put obstacles in the way if you choose.

As the player walks toward his goal, family members may heckle him and persuade him to disobey instructions. However, they may not touch him. In the case of the young child this should be done with care and in a spirit of fun. Let each family member take a turn. Then explain that many things in life try to lead us astray. It takes courage to keep going on to your goal.

Melt butter in 9x13-inch pan. Sprinkle remaining ingredients over butter, in layers. Bake at 350 degrees for 30 minutes. Immediately after removing from oven, cut cookies away from sides of pan. Cut in squares while still warm.