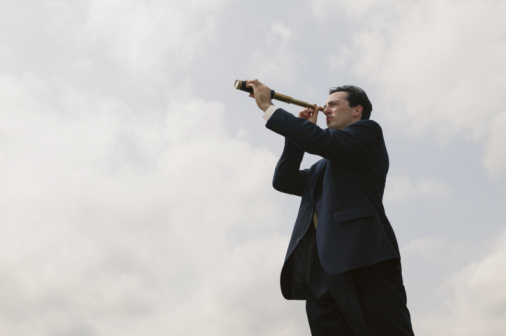 Conference Talk:
For more information on this topic read “Face the Future with Faith,” by Elder Russell M. Nelson, Ensign, May 2011, 34.

Thought:
All that the future holds in store for each sacred child of God will be shaped by his or her parents, family, friends, and teachers. Thus, our faith now becomes part of our posterity’s faith later.

Object Lesson:
Explain to family members that one way to ensure a good future is to set goals.

Procedure: Tell the class that you have seven coins. Ask one person to catch the coins when you throw them. Tell him to catch as many as he can. Toss the coins all at once to the catcher. Ask:

How many coins did you catch? Gather the coins and then toss them one at a time. Ask:

How many coins did you catch this time?

Explain that the coins are like goals, assignments, or tasks to be completed. When we try to take on too many things at one time, some may not be accomplished (or caught). By careful planning, more goals will be effectively completed when taken one at a time.

During my college days, now more than a quarter of a century past, I was one of a class of students appointed to fieldwork as a part of our prescribed courses in geology. . . .

A certain assignment had kept us in the field many days. We had traversed, examined, and charted, miles of lowlands and uplands, valleys and hills, mountain heights and canyon defiles. As the time allotted to the investigation drew near its close, we were overtaken by a violent windstorm, followed by a heavy snow,—unseasonable and unexpected, but which, nevertheless, increased in intensity so that we were in danger of being snowbound in the hills. The storm reached its height while we were descending a long and steep mountain-side several miles from the little railway station, at which we had hoped to take the train that night for home. With great effort we reached the station late at night, while the storm was yet raging. We were suffering from the intense discomfiture, we learned that the expected train had been stopped by snow-drifts a few miles from the little station at which we waited.

Long after midnight the train arrived, in a terrific whirl of wind and snow. I lingered behind my companions, as they hurriedly clambered aboard, for I was attracted by the engineer, who, during the brief stop, while his assistant was attending to the water replenishment, bustled about the engine, oiling some parts, adjusting others, and generally overhauling the panting locomotive. I ventured to speak to him, busy though he was. I asked how he felt on such a night. . . .

His answer was a lesson not yet forgotten. In effect he said, though in jerky and disjointed sentences: “Look at the engine headlight. Doesn’t that light up the track for a hundred yards or more? Well, all I try to do is to cover that hundred yards of lighted track. That I can see, and for that distance I know the road-bed is open and safe. And,” he added, with what, through the swirl and the dim lamp- lighted darkness of the roaring night, I saw was a humorous smile on his lips, and a merry twinkle of his eye, “believe me, I have never been able to drive this old engine of mine, God bless her! so fast as to outstrip that hundred yards of lighted track. The light of the engine is always ahead of me!”

As he climbed to his place in the cab, I hastened to board the first passenger coach; and, as I sank into the cushioned seat, in blissful enjoyment of the warmth and general comfort, offering strong contrast to the wildness of the night without, I thought deeply of the words of the grimy, oil-stained engineer. They were full of faith—the faith that accomplishes great things, the faith that gives courage and determination, the faith that leads to works. For a little distance the storm-swept track was lighted up for that short space the engineer drove on!

We may not know what lies ahead of us in the future years nor even in the days or hours immediately beyond. But for a few yards, or possibly only a few feet, the track is clear, our duty is plain, our course is illumined. For that short distance for the next step, lighted by the inspiration of God, go on!

Activity:
Have family members take turns being blindfolded. After they have the blindfold on scatter the coins from the object lesson on the floor. Give them thirty seconds to gather up as many of the coins as possible. After each person has gathered with the blindfold on, give everyone a second chance to gather the coins. This time they will have twenty seconds but will not be blindfolded. Point out that more blessings (coins) can be gathered in a shorter time when we can see (have goals for the future) than when we can’t see (are wasting time by not working toward goals).

Thaw 20 frozen rolls by placing ten at a time on a plate in the microwave. Set microwave on defrost setting or lowest setting. Microwave the rolls at one-minute intervals for three minutes, turning the plate after each minute. Remove from microwave. Cut each roll in half. Stir together sugar and cinnamon. Dip each roll in melted butter, then roll in sugar-cinnamon mixture. Layer rolls in a greased Bundt pan. Pour any remaining butter or sugar-cinnamon mixture over top of rolls. Allow rolls to rise till double in volume, about three hours. Bake at 350 degrees for about 25 minutes. Turn pan upside down onto serving plate. Serve immediately. Makes 8 to 10 servings.