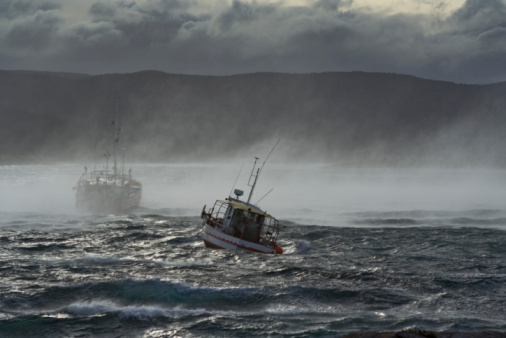 Conference Talk:
For more information on this topic read “Developing Good Judgment and Not Judging Others,” by Gregory A. Schwitzer, Ensign, May 2010, 103–5.

Thought:
Good judgment is needed not only in understanding people but also in facing decisions that often lead us to or away from our Heavenly Father. (Gregory A. Schwitzer, “Developing Good Judgment and Not Judging Others,” Ensign, May 2010, 103–5.)

Scripture:
Wherefore, men are free according to the flesh; and all things are given them which are expedient unto man. And they are free to choose liberty and eternal life, through the great Mediator of all men, or to choose captivity and death, according to the captivity and power of the devil; for he seeketh that all men might be miserable like unto himself.
(2 Nephi 2:27)

Preparation: Place punch flavoring into all the water glasses. Add sugar to one glass (enough to make it flavorful), salt to the second, and leave the third glass without salt or sugar. Add water and stir until completely dissolved. Put a few ice cubes into each of the three glasses.

Application: Have your class look at the glasses of punch. Tell them that each of the glasses is different from the others. Have them guess what the differences could be. Do not commit to any answer. Ask a volunteer to come forward and give him the “sugared” punch. Have him smell it and then drink it.

Explain to your class that temptation is like the punch. It may look the same as the sweet punch but, instead, can be bitter to the taste. Help them understand that Satan uses deception to make bad things look good. He wants us to be confused enough to fall into his traps. Talk about ways we can discern good from evil.

Story:
While he lived at Brigham City, Elder Snow occasionally received ad hoc apostolic assignments. One of these came in 1864 when he and Elder Ezra Taft Benson were assigned to go to Hawaii to investigate reports of misconduct by Walter Murray Gibson. Included in the party was young Joseph F. Smith, who, having returned from a mission to Hawaii, would serve as translator. When the schooner Nettie Merrill arrived near the mouth of Lahaina Harbor on March 31, 1864, there was a stiff wind and the sea was running high. A mile away, waves could be seen breaking over the coral reefs that guarded the narrow mouth of the harbor. Believing there was no danger, the two Apostles decided to transfer to a small boat with their gear and go on to the beach so they could begin their work. Joseph F. Smith, who was familiar with these waters and the treacherous weather of the islands, said it was too dangerous and warned against going. When he saw they intended to ignore his warning, he said he would go with them only if directed to do so. Not wanting to order him to go, the Apostles went ahead with a crew, leaving Joseph F. behind. Later Elder Snow said he had the impression at the time this young man would one day be the President of the Church. He was impressed by his self-confidence as
well as his willingness to go contrary to his own judgment if directed to do so by priesthood authority.

Joseph F. Smith's concern about the danger proved correct—the boat capsized crossing the reef. Elder Snow was drowned but after an hour was miraculously brought back to life by those who recovered his body and worked over him. After a probe, Walter Gibson was excommunicated, and Joseph F. Smith was left in charge of the mission.

Activity:
Ask the group if they can stick out their tongues and touch their noses. After several tries on their part, show them how. Simply stick out your tongue and touch your nose with your finger.

In a large saucepan, combine chips and cook over low heat until melted, stirring constantly. Add chow mein noodles and peanuts. Stir until both are well coated with chocolate mixture. Drop spoonfuls of
the mixture onto a greased, foil-lined baking sheet and refrigerate until hard, about 30 minutes. Vary the size of your spoonfuls to get spiders of varying sizes.