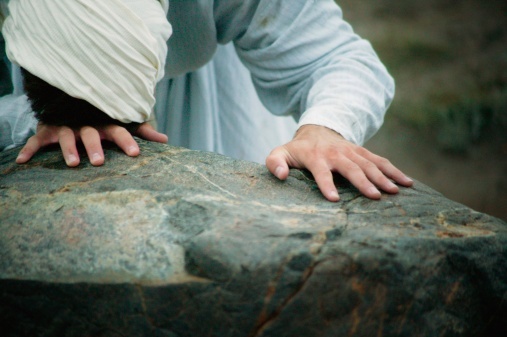 For more information on this topic read “Pride and the Priesthood” by President Dieter F. Uchtdorf, Ensign, Nov 2010, 55.

Despite His magnificent abilities and accomplishments, the Savior was always meek and humble. (President Dieter F. Uchtdorf, “Pride and the Priesthood” Ensign, Nov 2010, 55.)

Therefore, blessed are they who humble themselves without being compelled to be humble; or rather, in other words, blessed is he that believeth in the word of God, and is baptized without stubbornness of heart, yea, without being brought to know the word, or even compelled to know, before they will believe. (Alma 32:16)

Materials Needed: A lump of soft clay and a lump of hardened clay.

Procedure: Show the group how the soft clay can be molded into any shape you desire. Then try to mold the hardened clay. Show that the hardened clay is unworkable and impossible to shape. Similarly, we are like the clay. When we are humble and teachable, Heavenly Father can shape and mold us to become more Christlike. If we are prideful, we harden ourselves to the guiding influences of the Lord and become unworkable. Discuss ways that we can become more humble and teachable.

Humility is one of the qualities that helps build faith. Would a missionary be successful if he were not humble? He has to be teachable, with a receptive mind, before he can teach others. And to be teachable, he must be humble. And we should all be missionaries.

All the requirements of living the gospel become easier through humility.

A young man told me his experience in becoming a member of the Church, which is typical of many in their activities of investigating the Church. He said the missionaries came to the lesson on the Word of Wisdom. He and his wife were both users of tobacco. After the meeting was over and the missionaries had left, they talked it over with each other and decided among themselves, "Well, if that is what the Lord wants and if this is the Lord's Church, we will try it." He said that he was not particularly concerned about himself, he thought he could do it easily. He was worried about his wife; she had never tried to quit before. On the other hand, he had quit several times. After proving to himself that he could quit, of course, he went back to the use of cigarettes again. But he said in this case it was just the reverse.

His wife quit without any apparent difficulty, but he had tremendous difficulty. He became nervous and irritable. He could not rest. He was cranky among his fellow workers. He could not sleep at night. But inasmuch as his wife had quit, he was not going to be outdone by her. So, one night, he became so restless, so disturbed that he could not sleep, and his wife suggested to him that he pray about it. He thought that was a good joke. He ridiculed the idea of prayer; he said, "This is something I have to do. Nobody can help me with this. I can do this." But as the night passed and he had done everything he could to stimulate sleep and rest without any success, finally in despair, he humbled himself enough to kneel at the side of the bed and pray vocally.

According to his own testimony, he said that he got up from his prayer, got into bed, went to sleep, and has never been tempted by cigarettes since. He has absolutely lost his taste for tobacco. He said, "The Word of Wisdom was not a health program for me. It was a lesson of humility." He said, "I had to learn humility." That is what it meant to him. As it is with many of the requirements of the Church, we have to demonstrate humble obedience.

Give everyone an equal number of dominoes (or blocks, sugar cubes, or anything that can be stacked). Set one domino in the middle of the table. Have the next person place another domino on top of it, and the next place a domino on top of that.

Play continues, each person placing a domino on top of the stack without causing it to fall over. A player may place his domino crookedly, hoping that  the stack will fall over before his turn comes again.

The person who causes the stack to fall over is eliminated from the game. A new round is begun, starting over with one domino. The last person remaining is the winner.

Preheat oven to 350° F. Grease a 9x13x2-inch pan and set aside. Measure flour, baking powder, sugar, 1/4 cup cocoa, and salt into a bowl and mix together. Add milk, vanilla, and melted butter and mix until incorporated. (This can be mixed by hand or with the mixer.) Stir in the walnuts. Pour into prepared pan and set aside.

In a large bowl mix together brown sugar and 1/2 cup cocoa. Pour hot water over sugar and cocoa mixture and mix together. When well blended, slowly pour over the flour mixture in baking pan. (The baking pan will be very full, so handle carefully when putting it in the oven.) Bake for 35 to 40 minutes. Cut into 15 squares.