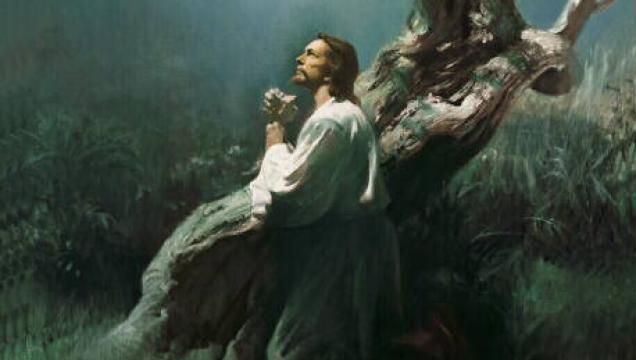 For more information on this topic read “That Our Children Might See the Face of the Savior,” by Cheryl C. Lant, Ensign, May 2010, 81–83.

"Christ’s invitation to seek Him is an invitation to know who He is, what He has done for us, and what He has asked us to do. Coming to Christ, and eventually seeing His face, comes only as we draw close to Him through our faith and our actions (Cheryl C. Lant, “That Our Children Might See the Face of the Savior,” Ensign, May 2010, 81–83).

And seek the face of the Lord always, that in patience ye may possess your souls, and ye shall have eternal life (Doctrine and Covenants 101:38).

Materials Needed: Two small pieces of PVC pipe (same size) and a coupler that will link them together.

A man in India was accused of stealing a sheep. He was brought before the judge, and the supposed owner of the sheep was present. Both claimed the sheep, and had witnesses to prove their claims, so it was not easy to decided to whom the sheep belonged. Knowing the habits of the shepherds and the sheep, the judge ordered the animal to be brought into court, and sent one of the two men into another room, while he told the other to call the sheep, and see whether it would come to him. But the poor sheep, not knowing the voice of a stranger, would not go to him. In the meantime, the other man in the adjoining room, growing impatient, gave a kind of “chuck,” upon which the sheep bounded away towards him at once. This “chuck” was the way in which he had been used to calling the sheep, and it was at once decided that he was the real owner.

Just as the sheep know the shepherd, we should be familiar with our Savior’s voice. We know that the Lord will never lead us astray or give us untruth, we need to learn to distinguish His voice from the noise all around us.

Review the First Article of Faith until everyone can repeat it from memory.

Mix crust ingredients and pat into well-greased round pizza pan. Bake for 15 minutes at 325° F. Let cool. Beat powdered sugar and cream cheese; fold in whipped topping and spread over crust. Top with jam and chill.