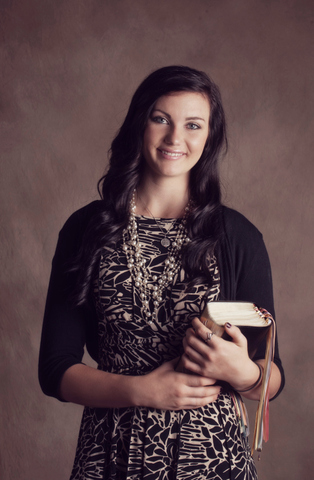 We can all participate in missionary work. This is the Lord's work, and He will help us do it.

Wherefore, you are called to cry repentance unto this people. (Doctrine and Covenants 18:14)

Materials Needed: A flashlight and a mirror.

Procedure: Briefly explain to the group that by using the mirror you can reflect the beam of light to various areas of the room. Give a quick demonstration, select a target point in the room, then use the mirror to direct the beam to that place (practice before). Tell the family that even the darkest area of the room can be reached. It may take time and thought and effort to get around obstacles and figure out whish angle to use, but all areas can be used.

Liken this to missionary work. With Christ as our light source, we act as the mirror which reflects the love and truth he offers. We can reflect this to all of our Heavenly Father's children. There are so many who have lived in darkness all their lives. To us they may appear unapproachable, impossible to reach. Yet we learn from this lesson that they too can receive the light. It may take time and effort as we search for ways to reach them, but with diligence and faith we can be successful.

During the Second World War, most young men in the Church were being drafted into military service, and few were left to serve missions. Thus Phileon B. Robinson of Boise, Idaho, was surprised to receive a mission call from his bishop in 1943. He had five children. Two of them were married, but one daughter's husband was in Europe "at the head of the battle," and the daughter and her baby were living with the Robinsons. Another daughter was attending Brigham Young University, and Phil, Jr., was getting ready to leave for the war himself. Added to this, Brother Robinson's wife, Dorothy, had been suffering with health problems.

Brother Robinson accepted the call, but a number of friends told him: "Phil, I wouldn't go. The Church can get along without you. Stay home where you belong and take care of your family."

Brother Robinson wondered. He asked the stake patriarch and another friend to come to his home and pray with him. After their prayers, M. J. Benson, the patriarch, said, "Phil, you go on your mission, just as you have promised to do, and when you return after two years, all will be well with your family."

And so Phil Robinson kept his word. He and his son left on the same train, one to fight a war, the other to teach peace. Because of the shortage of missionaries, Elder Robinson was asked to labor alone for a time in the city of Oxnard [California]. News from home was that Dorothy was still not well, and the family was pressed for money. Meanwhile, he found that few wanted to listen to his message. When he tried to teach the principles of the gospel, many asked him, "Why don't you go home to your family, or go to work and help win the war?"

Elder Robinson became so discouraged that he thought of taking a job. He could work eight hours a day and provide for his family, and he could do missionary work in the evenings and on his days off. It seemed a reasonable solution to his problems, and yet he knew it wasn't what he was called to do. And so he turned to the Lord. He prayed longer and harder than usual. When he got into bed, he felt a powerful presence in the room which spread through his body. A deep understanding came to him regarding the truth of the gospel principles - and how simple they were to explain. It was the most glorious and peaceful feeling he had ever experienced, and it changed his mission and his life.

Elder Robinson's work went much better after that experience, and he had many fine experiences. He felt very blessed, at one point in his mission, to be given a somewhat damaged tent that he could live in - with some donated furniture. This provided adequate housing and saved him money.

In 1944 Elder Robinson was transferred to the desert country not far from Death Valley. While laboring in Tehachapi, he was asked by his mission president to move on to Inyokern as soon as he could find a suitable place to live there. And so one rainy day he hitchhiked to Inyokern. He had no success in his search for a room, so he traveled on to Ridgecrest, about ten miles away. Here, too, he found nothing.

Elder Robinson had spent a long day sloshing through the rain, and he wondered why he had felt inspired that morning to make the trip. But he was walking down a road when a car pulled up. The driver, a woman he didn't know, asked him whether he needed a ride, as people often did in those days. Elder Robinson was happy for the ride. When Elder Robinson told the woman that he was an elder of the Church, she replied: "You are? Isn't that wonderful?"

Elder Robinson laughed and said, "I don't see anything wonderful about walking in all this rain and mud."

But the woman explained what she had meant. She said that her neighbor was a Latter-day Saint woman, and was very sick. That morning she had said that she wished she knew where she could find some Mormon elders. The woman driving the car thought it an odd coincidence that she would decide to drive to Ridgecrest to see a friend, find the friend not home, and then spot Elder Robinson walking down the road. Elder Robinson, of course, took the opportunity to explain the power of healing and other principles of the gospel.

The woman took Elder Robinson to the home of the member, a Sister Maughan. There, Elder Robinson knocked on the door and then called out, "The Lord has sent me here to give you a blessing." Sister Maughan was joyous to let him in. She was pregnant and was in danger of miscarrying. She had been pregnant three times previously and had lost all three babies.

Elder Robinson blessed her, promising her she would carry the baby to full term and that the baby would be strong and healthy. He kept track of her in the coming months and learned that the promise was fulfilled. But even that night, as he found his way home, he already knew that the Lord had led him to Sister Maughan and would keep His promises to her.

Elder Robinson completed a successful mission and saw a number of people enter the Church. And his many faith-promoting experiences convinced him that he had done the right thing. When he returned home, another promise had been fulfilled. His family was doing better than ever. His wife's health had been restored, and all his children were prospering. Years later he would record that his children were all married in the temple and were well educated, and his grandchildren were now filling missions of their own. One of his sons served as a mission president. His example in serving a mission, when it was anything but convenient to do so, had established a family pattern that would continue in coming generations.

Have each member of the family write a letter to a family or ward member serving a mission.