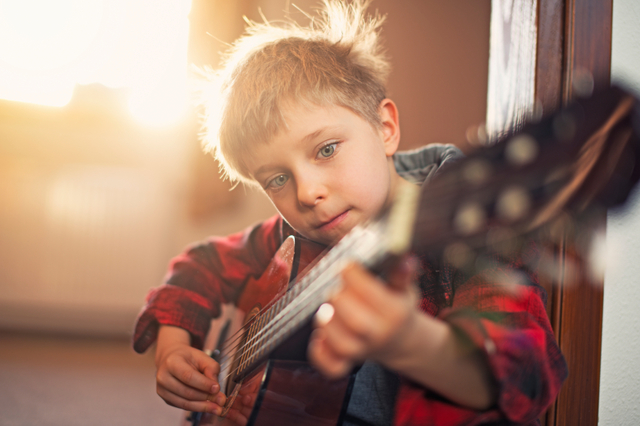 What power there can be in music. When music is reverently presented, it can be akin to revelation. At times, I think, it cannot be separated from the voice of the Lord, the quiet, still voice of the Spirit.

For my soul delighteth in the song of the heart; yea, the song of the righteous is a prayer unto me, and it shall be answered with a blessing upon their heads. (Doctrine and Covenants 25:12)

From its early days in upstate New York, The Church of Jesus Christ of Latter- day Saints has used singing as a means of drawing close to the Lord. The first services for the newly organized church on April 6, 1830, included hymn singing. Just months later Joseph Smith announced that the Lord by revelation had instructed Emma Smith - his wife and a musician - to make a selection of sacred hymns to be used in worship. Joseph announced that the Lord had stated, "My soul delighteth in the song of the heart; yea, the song of the righteous is a prayer unto me."

In 1830 music was in its infancy in the United States. Public orchestras or singing societies, concerts, operas, and chamber-music recitals were few to nonexistent. The musicpublishing business had yet to be initiated. Yet in 1835 Joseph Smith established singing schools in Kirtland, Ohio, to teach note reading and vocal technique. In Kirtland the Saints built a grand temple that included four singers' galleries on the main floor. A "singing department" was organized on January 4, 1836, with Marvel Chapin Davis as singing master.

The singers - qualified only by willingness and interest - met two nights a week. Joseph Smith, after a visit to a rehearsal, described the singers as having "performed admirably." Driven from Ohio to Missouri and then Illinois, the Saints may have carried a song in their hearts: "O God, our help in ages past."

Richard L. Evans, originator of the sermonettes in Music and the Spoken Word, said of that time, "Back in New England and New York and through Illinois, small congregations were beginning to grow up under the leadership of Joseph Smith and were becoming a singing people, fond of the art and deeply interested in the world's finest culture and music."

A choir tradition was born.

Much of the Choir's history is tied to the technology of recording and broadcasting. For example, its weekly radio broadcast, Music and the Spoken Word, which began in 1929, is the longest-running national network broadcast in history. In 1940, a recording of the Choir was used during the first demonstration of stereophonic sound in New York's Carnegie Hall. The first Cinerama movie ever made, in 1952, featured a segment with the Choir. The world-famous 1959 recording of "Battle Hymn of the Republic" earned the Choir both a Grammy Award and the distinction of being the largest musical group ever to appear on Billboard magazine's Top 100. And in 1962, the Choir took part in the first international satellite TV broadcast. In short, the Mormon Tabernacle Choir has spent much of its history at the leading edge of electronic media and sound reproduction.

But the Choir's historic association with recording goes back to its very earliest days, when the technology for recorded music was still emerging. That first recording session in the Salt Lake Tabernacle on September 1, 1910, was not only a pioneering event for the Choir itself and a portent of future recording acclaim, it was the world's first successful recording of a large choir.

July 24, 1847. A vanguard wagon train of trail-weary Saints entered the Valley of the Great Salt Lake. Three weeks later, a ragtag chorus of men, their faces and hands worn from the quick work of putting down roots in the desert, gathered under the shade of a crude brush bowery to sing praises to God. It was an unlikely setting for worship. An unlikely choir.

Their raised voices were the only ones for thousands of miles, and their hallelujahs were not typical of the brash western adventurers or earnest homesteaders seeking land and promise. These were religious folk, driven from their homes in the East - again and again. Trekking to the wilderness of the Great Basin, they found only sagebrush, salt beds, mountains, and streams. The solitude was welcomed. Heartily. And they expressed their relief in an anthem that in the past century and a half has become the signature of this people: "Oh, how we'll make this chorus swell - All is well! All is well!"

The Mormon pioneers fled the Union in 1846, taking with them only what would fit in their wagons. And in their hearts. Their luggage was the stuff of which they were made: courage, tenacity, reliance upon one another, faith in God, and grit. In the evenings, men, women, and children gathered by the prairie fires and raised their voices in song: "We'll find the place which God for us prepared, Far away in the West."

Music in the early Church also included bands, fifes, fiddles, and eventually orchestras. The Nauvoo Brass Band played at evening campfires and hired out for funerals and festivities at settlements they passed. Before a concert at a nearby community, William Clayton recorded, "One of the grocery keepers invited us to play him a tune, which we did. He then invited us in and offered to treat us to anything he had. We each took a little and then the next grocery keeper sent an invitation for us to play him a tune. We did so and he also gave us anything he had. A bee keeper next sent word that he did not want us to slight him and we went and played him a tune." They pocketed twenty-five dollars.

George James related another incident when "the band played the merriest airs, and all that could . . . engaged in the fun-making, which several Iowans, who were attracted to the camp out of curiosity went away saying they could scarcely believe their own eyes at seeing a people fleeing from civilization . . . thus passing away their time."

We'll make the air with music ring, Shout praises to our God and King; Above the rest these words we'll tell -- All is well! All is well!

Friend of the Saints Colonel Thomas L. Kane described the Mormon pattern of singing "sweet music winding over the uninhabited country. . . ." In 1847, while visiting the Mormon encampments on the Missouri, German-born traveler Rudolph Kurz observed, "I enjoyed, especially, . . . the singing of [their] choirs. When they met together for choir practice one evening in every week, I found real pleasure in hearing them sing. What made this particularly enjoyable was the fact that in the western part of the United States choir music was so seldom heard."

Each player is given a piece of paper with a hymn title on it and requested to draw, to the best of his ability, something to represent the title. When the picture is drawn, the title is folded under and the sheet passed to the leader. The pictures are next held up for all players to study for a prescribed time in an effort to identify the hymns depicted. The players write down what they think each picture depicts. The player with the most correct answers wins the game.