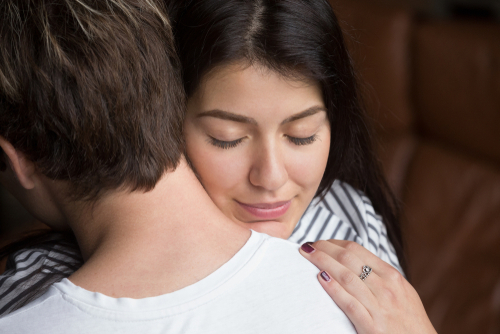 For more information on this topic read "Honorably Hold a Name and Standing," by David A. Bednar, Ensign, May 2009, 97.

I have come to understand better the protection available through our temple covenants.

"No combination of wickedness shall have power to rise up and prevail over thy people upon whom thy name shall be put in this house" (Doctrine and Covenants 109:26).

Show your family the picture of Abinadi before King Noah found in a paperback copy of the Book of Mormon (or Gospel Art Picture Kit, no. 308).

Allow each family member to look carefully at the picture and then read together Mosiah 13:1-9. Ask the following questions:

Ask, "How does the story of Abinadi help you do the things the Lord asks of us?"

This night we camped on an elevated piece of land between Little Fishing and Big Fishing rivers, which streams were formed by seven small streams or branches.

As we halted and were making preparations for the night, five men armed with guns rode into our camp, and told us we should "see hell before morning;" and their accompanying oaths partook of all the malice of demons. They told us that sixty men were coming from Richmond, Ray county, and seventy more from Clay county, to join the Jackson county mob, who had sworn our utter destruction.

During this day, the Jackson county mob, to the number of about two hundred, made arrangements to cross the Missouri river, above the mouth of Fishing river, at Williams' ferry, into Clay county, and be ready to meet the Richmond mob near Fishing river ford for our utter destruction; but after the first scow load of about forty had been set over the river, the scow in returning was met by a squall, and had great difficulty in reaching the Jackson side by dark.

When these five men were in our camp, swearing vengeance, the wind, thunder, and rising cloud indicated an approaching storm, and in a short time after they left the rain and hail began to fall. The storm was tremendous; wind and rain, hail and thunder met them in great wrath, and soon softened their direful courage, and frustrated all their designs to "kill Joe Smith and his army." Instead of continuing a cannonading which they commenced when the sun was about one hour high, they crawled under wagons, into hollow trees, and filled one old shanty, till the storm was over, when their ammunition was soaked, and the forty in Clay county were extremely anxious in the morning to return to Jackson, having experienced the pitiless pelting of the storm all night. . . .

Very little hail fell in our camp, but from half a mile to a mile around, the stones or lumps of ice cut down the crops of corn and vegetation generally, even cutting limbs from trees, while the trees, themselves were twisted into withes by the wind. The lightning flashed incessantly, which caused it to be so light in our camp through the night, that we could discern the most minute objects; and the roaring of the thunder was tremendous. The earth trembled and quaked, the rain fell in torrents, and, united, it seemed as if the mandate of vengeance had gone forth from the God of battles, to protect His servants from the destruction of their enemies, for the hail fell on them and not on us, and we suffered no harm, except the blowing down of some of our tents, and getting wet; while our enemies had holes made in their hats, and otherwise received damage, even the breaking of their rifle stocks, and the fleeing of their horses through fear and pain.

Many of my little band sheltered in an old meetinghouse through this night, and in the morning the water in Big Fishing river was about forty feet deep, where, the previous evening, it was no more than to our ankles, and our enemies swore that the water rose thirty feet in thirty minutes in the Little Fishing river. They reported that one of their men was killed by lightning, and that another had his hand torn off by his horse drawing his hand between the logs of a corn crib while he was holding him on the inside. They declared that if that was the way God fought for the Mormons, they might as well go about their business.

These breadsticks are fast and fun.