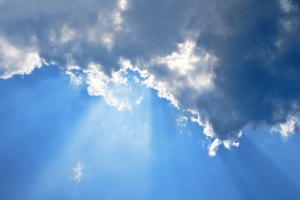 For more information on this topic read “Things Pertaining to Righteousness,” by Francisco J. Viñas, Ensign, May 2010, 106–8.

The scriptures warn us of the danger of dying as to things pertaining to righteousness and of the serious consequences this has for those who, having been enlightened by the Spirit of God, fall into sin and transgression.

For thus saith the Lord—I, the Lord, am merciful and gracious unto those who fear me, and delight to honor those who serve me in righteousness and in truth unto the end. (Doctrine and Covenants 76:5)

Hold up the following objects or write these words on individual pieces of paper: Ruler, Thermometer, Scale, Barometer, Teaspoon, Clock, and Question Mark. As you show each object (or display each word), have your family tell what measurements can be taken with each item (for example, a clock measures time and a ruler measures length). When the question mark is displayed, your family may be puzzled. Explain that when priesthood leaders ask us questions, those questions can help us measure how strong we are spiritually. Temple recommend questions are an example.

Have your family scan Alma 5:13–20 and count how many question marks there are. Ask, “Why might Alma have asked the people so many questions? What is the value of thinking about spiritual questions? Do you think Alma wanted them to answer out loud? Why or why not?”

Take turns reading Alma 5:13–62 and pause briefly after every question. Have your family consider how they would answer each question. Invite them to talk about any of the questions they do not understand. When you have finished, discuss how these questions could help give an accurate measurement of our personal spirituality.

There is a footpath across it, a bicycle trail, and ordinarily it is a collecting place for junk. First someone threw a few lawn clippings there. They would not hurt anything. Someone added a few sticks and limbs from a nearby yard. Then came a few papers and a plastic bag, and finally some tin cans and old bottles were included.

And there it was—a junkyard.

The neighbors did not intend it to be that. But little contributions from here and there made it so.

This corner lot is like, so very much like, the minds of many of us. We leave our minds vacant and empty and open to trespass by anyone. Whatever is dumped there we keep.

We would not consciously permit anyone to dump junk into our minds, not old cans and bottles. But after lawn clippings and papers, the other things just don’t seem all that much worse.

Our minds can become veritable junk heaps with dirty cast-off ideas that accumulate there little by little.

Years ago I put up some signs in my mind. They are very clearly printed and simply read: No Trespassing. No Dumping Allowed. On occasions it has been necessary to show them very plainly to others.

I do not want anything coming into my mind that does not have some useful purpose or some value that makes it worth keeping. I have enough trouble keeping the weeds down that sprout there on their own without permitting someone else to clutter my mind with things that do not edify. . . .

I’ve had to evict some thoughts a hundred times before they would stay out. I have never been successful until I have put something edifying in their place.

Play Tic-Tac-Toe. Make a grid three squares across by three squares high. The object is to get three X’s or three O’s in a row. Two individuals or two teams may play.

The first team is asked a question. If the question is answered correctly, they can place an X in any of the nine squares on the playing sheet. If they answer incorrectly, no X can be placed on the sheet.

Play then rotates to the second team, which places an O in the square of their choice if they answer their question correctly. Play then rotates back and forth until one team gets three in a row, either horizontally, vertically, or diagonally, and is declared the winner. The winning team receives ten points and another game can then be played.

If all of the squares are filled before either team gets three in a row, each team receives one point for each X or O their team has, and a new game begins.

1. Who was rebaptized because he was first baptized in a bathtub? (Spencer W. Kimball.)

2. Why does God give us commandments? (Because he loves us.)

3. What was John the Baptist’s special mission? (To prepare a group of people for the coming of the Savior.)

4. Which part of the spirit world did Christ visit while his body lay in the tomb? (Paradise.)

5. When we obey the commandments, what do we receive? (Happiness, blessings.)

6. What did Lehi learn about Jerusalem in a vision? (It was going to be destroyed.)

7. Who was the prophet who was asked to leave Jerusalem and take his family into the wilderness? (Lehi.)

8. Name three of the four sons of Lehi that went into the wilderness with him. (Laman, Lemuel, Sam, and Nephi.)

9. God did not tell us to just read the scriptures, but he told us to do what? (Study, search, or seek.)

10. Where do righteous spirits live in the spirit world? (Paradise.)

11. Which prophet said that no amount of success elsewhere can compensate for failure in the home? (David O. McKay.)

13. Who was the only Church President born outside the United States? (John Taylor.)

14. How old was Joseph Smith when he received the First Vision? (Fourteen years old.)

15. Why was the birth of John the Baptist a miracle? (Because his parents were above the normal age to have children.)

16. What was the special prayer that was offered in the Holy Place in the temple? (That the Savior would come.)

17. What was the name of the father of John the Baptist? (Zacharias.)

18. What was the name of the mother of John the Baptist? (Elisabeth.)

19. Which priesthood office holds the responsibility of being a special witness for Christ? (Apostle.)

20. Where do the spirits of those who have rejected the gospel live in the spirit world? (Spirit prison.)

a. Satan b. Heavenly Father

2. How many people did Joseph Smith see in the First Vision?

3. The Book of Mormon tells about people who lived where?

a. Africa b. America

4. Who was the first prophet in the latter days?

a. Brigham Young b. Joseph Smith

5. Who are we supposed to think of when partaking of the sacrament?

a. Jesus b. The prophet

6. Who suffered for our sins so we can be forgiven?

a. Moses b. Jesus

7. What do we need to do in order to be forgiven of our sins?

a. Read the scriptures b. Repent

8. Who was the person who built the ark?

9. What kind of body does Jesus have?

a. Spirit only b. Spirit and flesh and bones

10. Which book tells about Jesus’ life on earth?

a. Bible b. Doctrine and Covenants

12. How old does a person have to be in order to be baptized?

Take the biscuits out of the cardboard tube. Separate and flatten each biscuit individually on a cutting board, using your hand, a rolling pin, or the side of a straight drinking glass. In the center of each biscuit put a small dollop (about a measuring teaspoon) of butter. On top of that, put a teaspoon of sugar, followed by a sprinkling of cinnamon. If you prefer, you can use a teaspoon of jam or jelly instead of the sugar and cinnamon.

Tightly pinch together the edges of the biscuits so that the filling won’t leak out. Put the biscuit pouches on a cookie sheet and bake according to the directions on the biscuit can. Serves 4 to 6.