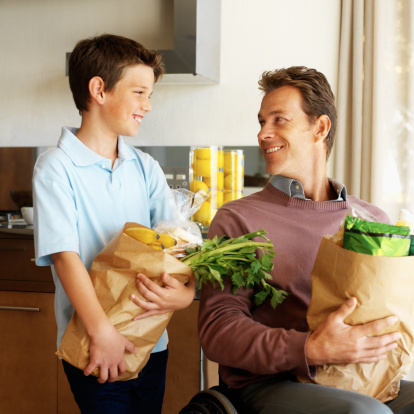 For more information on this topic read "Lay Up in Store" by Bishop Keith B. McMullin, Ensign, May 2007, 51.

A cardinal principle of the gospel is to prepare for the day of scarcity. Work, industry, frugality are part of the royal order of life. (Keith B. McMullin, "Lay Up in Store," Ensign, May 2007, 51-53)

Prepare ye, prepare ye for that which is to come, for the Lord is nigh. (Doctrine and Covenants 1:12)

Make a list with your family of the kinds of things your family is making payments on instead of owning free and clear. Divide your family into two groups. Ask both groups to search D&C 104:78-86. Ask one of the groups to find all of the reasons why the Lord wants the Saints to pay their debts. Have the other group find all of the blessings that will come to the Saints for working toward and achieving the goal of being debt free.

("Brother Kimball, Have You Ever Been to Heaven?" by SpencerW. Kimball)

Once we were in a distant stake for conference. We came to the unpretentious home of the stake president at mid-day Saturday. We knocked at the door, and it was opened by a sweet mother with a child in her arms.

She was the type of mother who did not know there were maids and servants. She was not an artist's model, nor a society woman. Her hair was dressed neatly; her clothes were modest, tastefully selected; her face was smiling; and though young, she showed the rare combination of maturity of experience and the joys of purposeful living. The house was small. The all-purpose room into which we were welcomed was crowded and in its center were a long table and many chairs.

We freshened up in the small bedroom assigned to us, made available by 'farming out' to the neighbors some of the children, and we returned to this living room. She had been very busy in the kitchen. Her husband, the stake president, soon returned from his day's labors and made us welcome and proudly introduced us to all of his children as they returned from their chores and play.

Almost like magic the supper was ready, for 'many hands make light work,' and these numerous hands were deft and experienced ones. Every child gave evidence of having been taught responsibility. Each had certain duties. One child quickly spread a tablecloth; another placed the knives and forks and spoons; and another covered them with the large plates turned upside down. (The dishes were inexpensive.) Next came large pitchers of creamy milk, sliced homemade bread, a bowl at each place, a dish of fruit from storage, and a plate of cheese.

One child placed the chairs with backs to the table, and without confusion, we all knelt at the chairs facing the table. One young son was called on to lead in family prayer. It was extemporaneous, and he pleaded with the Lord to bless the family and their schoolwork, and the missionaries, and the bishop. He prayed for us who had come to hold conference that we would 'preach good,' for his father in his church responsibilities, for all the children that 'they would be good, and kind to each other,' and for the little cold shivering lambs being born in the lambing sheds on the hill this wintry night. A very little one said the blessing on the food, and thirteen plates were turned up and thirteen bowls filled, and supper proceeded.

No apologies were offered for the [simple] meal, the home, the children, or the general situation. The conversation was constructive and pleasant. The children were wellbehaved. These parents met every situation with calm dignity and poise. . . . It was most refreshing to sit with a large family where interdependence and love and harmony were visible and where children were growing up in unselfishness. So content and comfortable were we in the heart of this sweet simplicity and wholesomeness that we gave no thought to the unmatched chairs, the worn rug, the inexpensive curtains, [or] the numbers of souls that were to occupy the few rooms available. . . . I glimpsed heaven that day.

Play "Circle Tag." Players form a circle, standing about three feet away from each other. At a signal from the leader all start running in the same direction around the circle, trying to tag the person in front and also to avoid being tagged by the man behind. When the leader yells "switch," everyone reverses and chases the man who was chasing him. Players drop out quickly as they are tagged. The circle must be maintained in size as the players drop out.