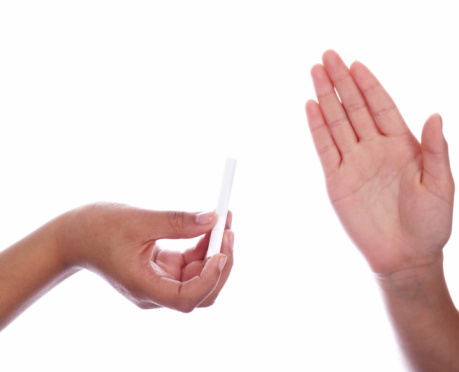 Conference Talk:
For more information on this topic read “Be an Example of the Believers,” by Mary N.
Cook, Ensign, Nov 2010, 80.

Thought:
Today we are blessed to have more than the Bible. We have latter-day scriptures and
the words of our latter-day prophets to “safely guide us” on the path to eternal life.

Scripture:
And even so I have sent mine everlasting covenant into the world, to be a light to the world, and to be a standard for my people, and for the Gentiles to seek to it, and to be a messenger before my face to prepare the way before me.

Application: Give the clay to a person in your group and instruct them to shape something out of it. When they are finished, have them show it to the group. Encourage them to change their design by giving several suggestions, such as: try making it thinner, bend it a little, flatten it, and so on. (The finished project should differ greatly from their original design.)

Use this to illustrate that outside pressures often cause us to change our standards. We must be strong to resist temptation of giving in to this pressure.

My brothers and sisters, as I travel about the world, it is a glorious thing to note how the Church is growing and increasing. One very fine leader of a foreign state, when I asked him if there were any Mormons in his particular capital city, said: "Mr. Secretary, I have traveled a great deal, and I have come to believe that the Mormons are everywhere. Wherever I go, I find them." His statement called to mind an incident when we first moved to Washington back in 1939 or 1940. I had gone to my office early to get some work done before the telephones started ringing. I had just seated myself at the desk when the telephone rang. The man at the other end said, "I would like to have lunch with you today. I am a stranger to you, but I have something that is very urgent." I consented reluctantly, and a few hours later we faced each other across a luncheon table at a down-town hotel.

He said, "I suppose you wonder why I have invited you here." Then he added: "Last week as I came out of a luncheon meeting in Chicago, I told some of my business associates that I had been given the responsibility of coming down to Washington, D. C., to establish an office and employ a man to represent our corporation." Then he listed some of the assets in his great business organization. He said, "I began telling my associates of the kind of young man I would like to represent us in this office in Washington. First of all, I said to my associates, I wanted a man who is honest, a man of real integrity, a man who lives a clean life, who is clean morally, who, if married, is a devoted husband, and who, if unmarried, is not chasing lewd women." He said, "I would like a man who doesn't drink, and if possible I would prefer to get a man who doesn't even smoke. One of my business associates spoke up and said, 'Well, what you want is a returned Mormon missionary.' I had heard of your Church," he said. "In fact, I recall two young men in dark suits calling at our home some months ago. As I rode down here on the train last night, I decided that maybe a returned Mormon missionary was exactly what I needed. Why not? So as I registered at the hotel last night I said to the man at the desk, 'Are there any Mormons in Washington?' And the man at the desk said, 'I don't know, I suppose there are. They seem to be everywhere. But Mr. Bush, the manager, is here, and I'll ask him.' He asked Mr. Bush and gave me your name. Now that is why I have invited you here. Can you give me the names of three or four young men who meet the standards which I have just outlined?"

Well, of course it was not difficult to give him the names of three or four or a dozen who fully met the standards he outlined. I mention this, my brethren and sisters and friends, because in the Church we have certain standards—standards of living, standards of morality, standards of character which are coming to be well known to the world. These standards are admired. People with such standards are sought after. These standard sare based upon true, eternal principles. They are eternal verities.

Activity:
Give each family member a paper and pencil. Have them write the letters S T A N D A R D S down the left hand side. Have them write a word or two that starts with each letter that would describe a standard or would be an attribute of high standards (Example: S - Sabbath Day holy). After a set amount of time, have everyone share the words they wrote down.

Mix together 4 tablespoons sugar and 4 teaspoons cinnamon. Form dough into balls and roll in sugar and cinnamon. Place about 2 inches apart on an ungreased cookie sheet. Bake at 400° F. approximately 8 to 10 minutes or until lightly browned.