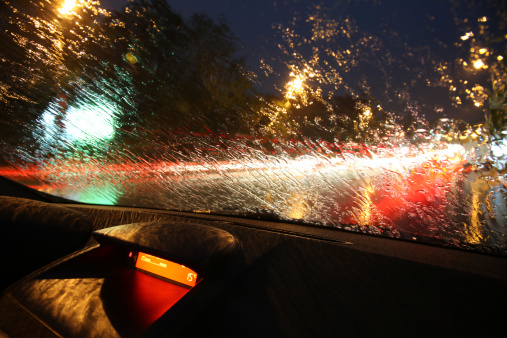 FHE: The Faith of the Saints

Conference Talk: For more information on this topic read “Because of Your Faith,” by Jeffrey R. Holland, Ensign, Nov 2010, 6.

Thought: We know that the Church draws incomparable strength, a truly unique vitality, from the faith and devotion of every member of this church, whoever you may be (Jeffrey R. Holland, “Because of Your Faith,” Ensign, Nov 2010, 6).

Scripture: And it came to pass that Jesus spake unto them, and bade them arise. And they arose from the earth, and he said unto them: Blessed are ye because of your faith. And now behold, my joy is full (3 Nephi 27:21).

Materials Needed: A quart jar of water and a Ping-Pong ball.

Procedure: Display the jar of water and drop the Ping-Pong ball into it. Using your finger, try to push the ball under water several times. Point out that the ball always pops back up to the surface. Ask: What would happen if I poked a hole in the ball? (Over time, water would seep in, and the ball would sink to the bottom.) Compare this demonstration to having faith. If we exercise faith in Jesus Christ, our trials will have no power to bring us down. It is only if we let fear or doubt seep in that trials have power to overcome us.

On July 2, 1992, my father-in-law, Earl Schmid, passed away suddenly from a heart attack. My husband, Wayne, got on a flight that same afternoon to hurry to his mother and help prepare for the funeral. The next day I set out on a long-distance drive with our two youngest daughters (Rachelle, then thirteen, and Megan, then five). We had to travel from Vancouver, Washington, down to Rangely, Colorado.

As is our custom, we had a prayer before we left. I asked Heavenly Father to protect us and help us on our way. I knew that the fuel pump on the van was on the verge of going out, but our mechanic said it wasn’t necessary to replace it yet. I would have preferred a more reliable car to drive, but I trusted the Lord to help us get there.

We bought some travel games and coloring books and set out on our way. We listened to the radio and sang as we traveled. The day started out bright and sunny, but just outside of Boise, Idaho, we ran into one of the fiercest storms I have ever seen. The sun had gone down, and it became pitch-black outside. The rain came down in sheets, and the wind absolutely howled. The thunder was deafening. We saw several lightning strikes on the sides of the highway. Between the wind and the rain, it became difficult for me to control the van. To make things worse, several huge semitrailers blasted past us, throwing even more water on us and bouncing us all over the freeway lanes. I could barely see through the windshield, but I didn’t dare pull over—there was no shoulder on the road, and I was afraid one of the trucks might hit us in the dark. My only hope was to outrun the storm. I gripped the steering wheel for all I was worth to control the van, hoping somehow to get us to safety.

After nearly three hours we finally outran the storm. We drove another hour, just to be sure that we had completely distanced ourselves from it. Finally, I pulled over at a rest stop. I was shaking so badly I could hardly stand. I thought about stopping somewhere at a motel, but my daughters begged me to keep going until we reached my sister’s house in Sandy, Utah, where we had planned to spend the night.

We arrived at my sister’s house at 2:00 a.m. I was exhausted, but Elaine had hot cocoa and warm beds for us. I was asleep instantly.

We left the next morning at about 10:30 a.m. It was the Fourth of July and a beautiful summer day. We drove down past Strawberry Reservoir, an unpopulated area. Just as we reached Roosevelt, Utah, the car coughed, choked, and then stopped running. I managed to coast into a gas station. We were only 90 miles from Rangely, but the car wasn’t willing to go another foot! I called my mother-in-law’s home and talked to my husband’s brother Ross. He promised they would leave immediately and should arrive in less than two hours.

When I returned to my girls, Megan nailed me with a question. “Mom, we prayed for protection and that we’d make it to Rangely safely. And now we’re stuck here. Why didn’t Heavenly Father answer our prayers?” I stood there for a moment, a little stunned, wondering how I could answer without damaging a 5-year-old’s faith in prayer. Stalling for time, I suggested we get an ice-cream cone at the Dairy Queen across the street, spread our blanket on a nearby grassy spot, and then talk about it.

Once we had our cones and were sitting in a lovely spot, Megan again prompted me with her question. Suddenly the answer was absolutely clear. “Megan,” I began, “Heavenly Father did answer our prayers, and in more ways than I think we’ve recognized. Remember that horrible storm in Idaho? What if the fuel pump had gone out during that storm? We would have been drenched or hit by lightning or run over by a truck! What if it had gone out up over Strawberry? We’d have been in the middle of nowhere on the Fourth of July, with no phones anywhere around. We’ve traveled across Oregon, Idaho, and Utah—most of it far away from any kind of town. When the fuel pump did go out, we coasted into a convenience store that has a bathroom and a telephone. We’re across the street from a Dairy Queen. And we’re close enough to Rangely that Daddy and Uncle Ross can come to rescue us. We get to sit here in nice weather eating ice-cream cones while we wait. I think Heavenly Father has done a pretty good job of taking care of us. He has answered our prayers.”

Megan nodded and seemed to accept the answer.

Wayne and Ross eventually arrived and towed us into Rangely, which is a small town in western Colorado. Wayne’s folks lived there almost 50 years. Word travels fast in a small town, and we soon saw how the Lord was answering our prayers for help on our journey in additional ways.

Early the next morning Wayne and Ross were looking over the van, trying to figure out how to fix or replace the fuel pump. As they were tinkering with the van, a longtime family friend, Lowell Levitt, drove up. “I heard your wife had car troubles, Wayne,” Lowell said. “Came to see if I could help.” Lowell owned several oil field support businesses that employed many people, including a number of mechanics. Wayne and Ross said they thought they could manage, but Lowell just went back to his truck and picked up his car phone. A few moments later he walked back to the two men. “My mechanic will be up here shortly to fix this,” he told them. “You have better things to do right now. You go take care of your mama.” Relieved and grateful, Wayne and Ross quickly conceded. They found out later that Lowell had sent one of his people on a hundred-mile round trip, on a holiday weekend, to locate the necessary parts.

After the funeral, Lowell let us know the fuel pump had been replaced and that some other work had been done on the van as well. Wayne asked what he owed Lowell. “Nothing,” was the response.

“Now, Lowell,” started Wayne, “at least let me pay for the parts.”

Lowell became misty-eyed. He reminded Wayne that many years before, Earl had been his home teacher. Lowell was inactive, and his wife a nonmember. They had a little boy, a toddler. One day their boy drowned in a small swimming pool. They were out of their minds with grief. Earl visited them constantly, trying to console them. He was gentle and kind. Eventually, they started coming to church. Lowell’s wife was baptized. In time, they were blessed with other children. Lowell later served in several bishoprics and in the stake presidency. “I wouldn’t be the man I am today had it not been for your dad,” he said. “He was an answer to our prayers in our time of grief. I can never repay him, but I can help his kids when they are in need. I would consider it an honor and a gift to your father if you’d just let me take care of this. And frankly, I’ll be offended if you don’t let me.” Choked up himself, Wayne agreed.

The truth is that we really did not have the money to fix the car. Lowell was offering a gift and blessing we genuinely needed.

When I heard of Lowell’s gift, I went to Megan and Rachelle. I told them of the legacy their grandfather had left and how that legacy had returned to bless us when we needed it. I bore testimony to them that God does indeed answer our prayers. Not only had we been protected on our trip, but now he had provided means for us to get our car fixed so we could return home.

Activity: Have the players stand back about eight feet and throw a bean bag into a muffin tin. The muffin tin has numbers in the bottom. The person has to say the Article of Faith corresponding to the number of the tin the bag lands in.

PREHEAT OVEN TO 375° F. Heat the pie filling in a saucepan over medium heat until it’s just beginning to bubble, stirring occasionally. Meanwhile, combine cake mix and butter in a large bowl and blend at low speed with an electric mixer (or use a fork or wire whisk if you don’t have a mixer) until crumbly.

Place 1 1/2 cups of the cake mixture in a medium bowl. Add the nuts and cinnamon and stir until well mixed; set aside.

Add milk to the remaining cake mixture in the large bowl and stir until moistened. Spoon the hot pie filling into an ungreased, 9x13-inch baking pan. Top with heaping spoonfuls of the batter from the large bowl. Sprinkle with the topping. Bake 30 to 40 minutes, or until golden brown. Cool 30 minutes, and serve warm with ice cream or whipped cream.